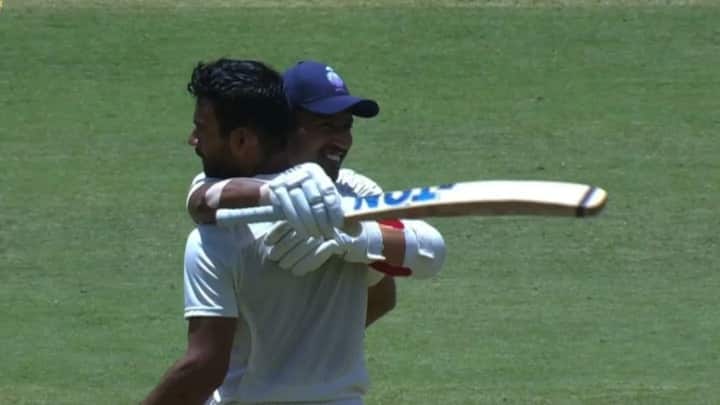 Madhya Pradesh started playing ahead of their yesterday’s score of 123 runs for 1 wicket. Yesterday’s unbeaten batsmen Yash Dube and Shubham Sharma scored centuries. There was a partnership of 222 runs between the two players. Shubham Sharma was dismissed after scoring 116 runs in 215 balls, at that time Madhya Pradesh’s score was 269 runs. Apart from this, Yash Dube scored 133 runs with the help of 14 fours.

Madhya Pradesh’s middle order batsman Rajat Patidar, batting aggressively, completed his fifty in just 44 balls. At the same time, on the second leave, captain Aditya Srivastava returned unbeaten after scoring 11 runs. Both the batsmen took out the last session without any loss. However, Rajat Patidar returned unbeaten on 67 off 106 balls. He has hit 13 fours in his innings so far.

Watch Video: After Mankading out in TNPL, this CSK player did ‘obscene gesture’, video went viral