Ranji Trophy Final: Madhya Pradesh pushes Mumbai on the back foot but a lesson to be learned from 23 year old ‘mistake’ 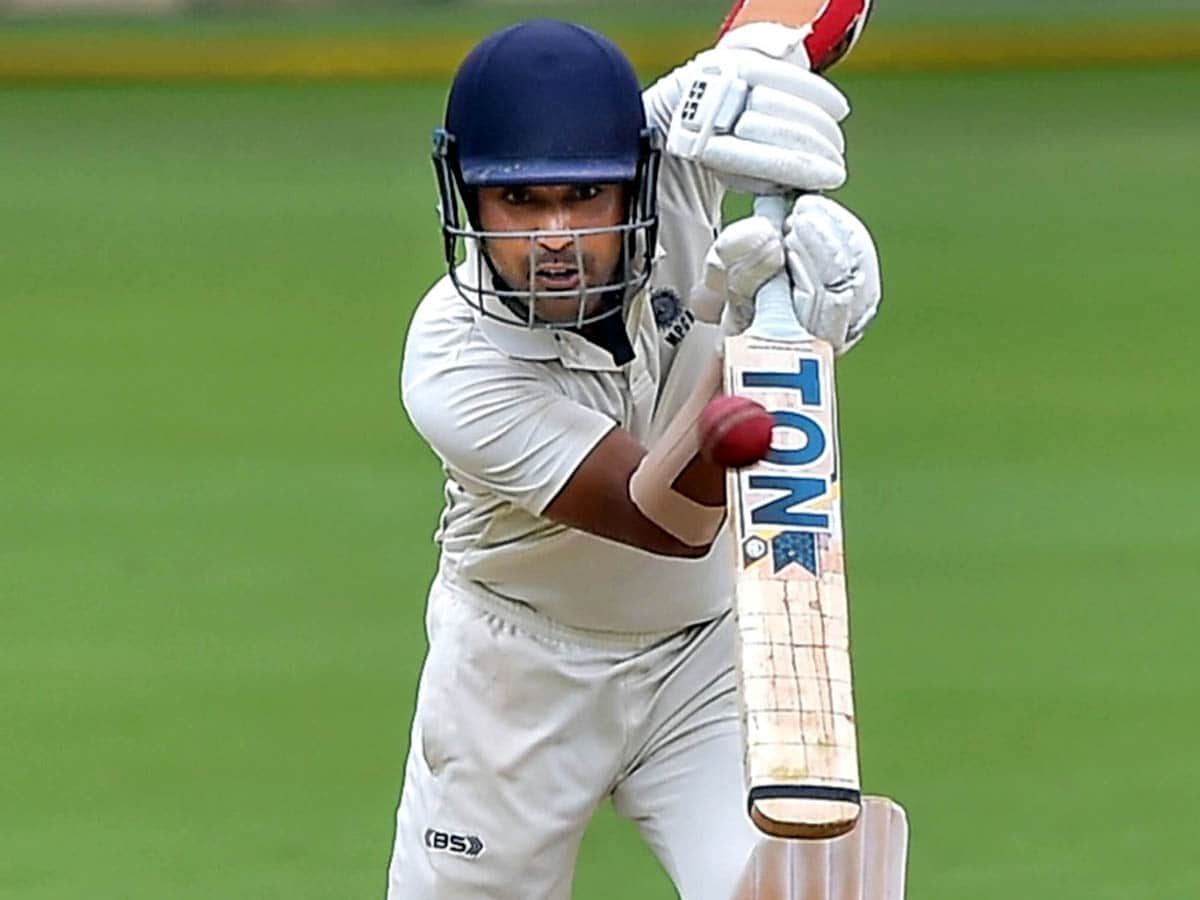 New Delhi. Madhya Pradesh made it to the final of Ranji Trophy-2022 due to the strong performance of its players. Now he is facing Mumbai for the title. Madhya Pradesh has strengthened its position in the final match till the third day itself. Team MP, captained by Aditya Srivastava, scored 368 for 3 in their first innings till the third day on Friday. Now he is just 6 runs behind on the basis of first innings from Mumbai. It is clear from this that Madhya Pradesh will take the lead in the first innings, which will strengthen its steps towards winning the trophy. However, he will also have to take a lesson from the ‘mistake’ of the 1998-99 season.

There is still 2 days of play left in this final match, which is going on at M Chinnaswamy Stadium in Bangalore. Mumbai scored 374 runs in their first innings on the back of Sarfaraz Khan (134) and Yashasvi Jaiswal (78). In the end, even if the match ends in a draw, the team taking the lead in the first innings will be declared the winner. In such a situation, Madhya Pradesh is looking strong. Thanks to the centuries of opener Yash Dubey and Shubham Sharma, Madhya Pradesh pushed Mumbai on the back foot in the final match. Yash Dubey and Shubham added 222 runs for the second wicket.

See also, Madhya Pradesh has done half the job for the trophy, Mumbai’s chance slips!

Yash and Shubham, playing the final match of this domestic cricket tournament for the first time in their careers, showed a wonderful game with the bat. Yash scored 14 fours in his restrained innings of 336 balls. At the same time, Shubham contributed 116 runs in 215 balls with the help of 15 fours and 1 six. Shubham returned to the pavilion on the third day on the team’s score of 269 runs. Then Yash Dubey, along with Rajat Patidar, added 72 runs for the third wicket and brought the team’s score to 341.

Madhya Pradesh also made it to the final in the 1998-99 Ranji Trophy season under the captaincy of Chandrakant Pandit. Chandrakant Pandit is now the head coach of the current MP team. Then after defeating Hyderabad in the semi-finals, MP entered the final, while Karnataka defeated Punjab to make it to the title match. Players like Navjot Singh Sidhu, Harbhajan Singh, Vikram Rathod were present in the Punjab team then.

In that final match which started on 19 April 1999, Karnataka scored 304 runs in the first innings. Vijay Bhardwaj contributed 86 while opener Somasundar contributed 70 runs. After this, Madhya Pradesh scored 379 runs in the first innings on the basis of SK Sahu (130) and Devendra Bundela (79) and took a 75-run lead. Karnataka declared the second innings at 321 for 7 and MP got a target of 247 runs to win.

It seemed that the team under the captaincy of Chandrakant Pandit would win Madhya Pradesh or become the winner by drawing a draw but everything turned upside down. Madhya Pradesh’s second innings was reduced to just 150 runs. Vijay Bhardwaj of Karnataka broke Madhya Pradesh’s dream of winning by taking 6 wickets. Karnataka achieved the distinction of becoming the champions by registering a victory by a margin of 96 runs.

See also, Cheteshwar Pujara could not even open the account, Shami bowled and then ‘teased’ on his shoulder – Video

After nearly 23 years, Madhya Pradesh has a chance to become the Ranji Trophy champion. However, for this, he will have to take a lesson from the old mistake and after taking the lead in the first innings, expect his bowlers to perform well. MP has a chance to either wrap up Mumbai’s second innings early or its batsmen show restraint in their second innings so that they are declared winners based on at least the first innings lead. There are still 2 days of play left in the final. In such a situation, it will be interesting to see under which strategy his players land on the fourth day on Saturday.

Share
Facebook
Twitter
WhatsApp
Linkedin
Email
Telegram
Previous articleMr. Faizu said on the news of affair with Jannat Zubair – We are very impressed because of this
Next articleParameswaran Iyer to be the new CEO of NITI Aayog, to replace Amitabh Kant