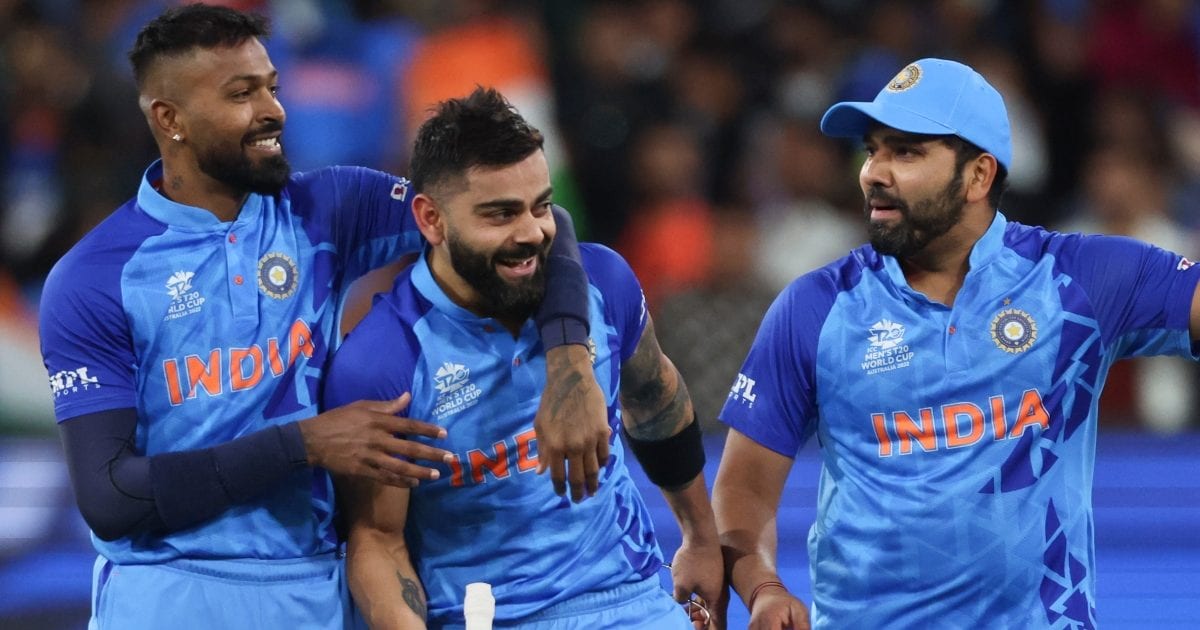 Team India achieved a big achievement under the captaincy of Rohit

India started with a win by defeating Pakistan by 6 wickets

New Delhi. The Indian cricket team has started with a victory in the Super 12 of the T20 World Cup. Team India defeated the arch-rival Pakistan (India vs Pakistan) in their very first match. The Indian team, captained by Rohit Sharma, set a world record during this period. India has achieved this position, leaving Australia behind. India got a thrilling victory over Pakistan with a collective effort.

The Indian team has played a total of 56 matches in the year 2022, including all formats (Test, ODI and T20I). During this, Team India has won 39 matches. This is the most matches won by a team in a calendar year. Earlier this record was in the name of Australia, which was achieved in the year 2003 under the captaincy of Steve Waugh. Australia then played 47 matches and won 38 matches. India has now overtaken Australia.

There is no one like Hardik Pandya! History created against Pakistan, became the first Indian to do so

VIDEO: ‘We are bursting firecrackers here and you unnecessarily TV…’ Virender Sehwag enjoyed Pakistan like this

India won 2 Tests, 12 ODIs and 25 T20 matches
India won the three-match ODI series 2-1 against South Africa on 12 October. The Shikhar Dhawan-led side beat the visiting Proteas in the last ODI to equal Australia’s 38 wins in a calendar year. India started this year with 5 consecutive defeats against the Proteas team under the captaincy of Rohit Sharma. India has won 2 Tests, 12 ODIs and 25 T20 Internationals from January to 23 October 2022 this year.

Share
Facebook
Twitter
WhatsApp
Linkedin
Email
Telegram
Previous articleTerrorist attack on hotel in Somalia, 9 killed and 47 injured, 4 terrorists killed
Next articleClouds will rain heavily in the north eastern states on Diwali, there is a possibility of rain in Bengal-Jharkhand too