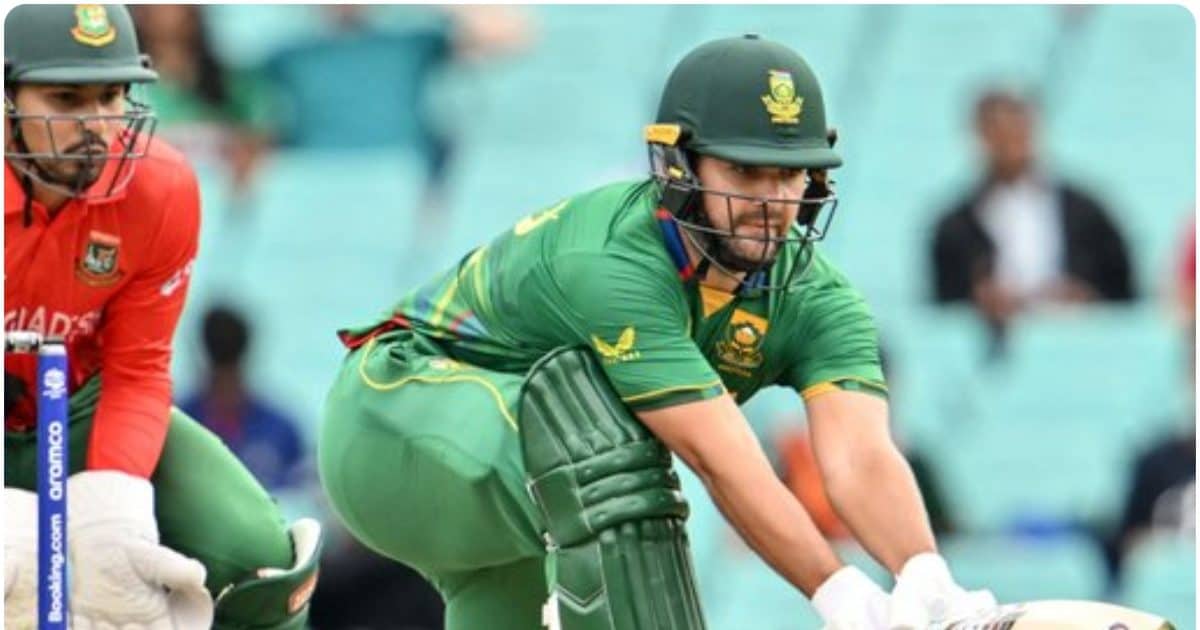 Sydney. On Thursday, South African batsman Riley Russo scored a century against Bangladesh in the Super-12 match of the T20 World Cup. He scored the first century of T20 World Cup 2022 in 52 balls. South Africa set a mammoth target of 206 runs to win against Bangladesh, thanks to Russo’s quick batting. Riley Russo played a brilliant innings of 109 runs in 56 balls with the help of 7 fours and 8 sixes. Apart from this, Quinton de Kock also scored a flamboyant 63 runs in 38 balls. During this, 7 fours and three sixes came off his bat. Russo also shared a 163-run partnership for the second wicket with De Kock.

Rain also disturbed the match, but there was no cut in the number of overs. Russo and de Kock also rained fours and sixes during their partnership in the meantime. Together they hit 14 fours and 11 sixes. South Africa did not start well. Captain Temba Bavuma, struggling with poor form, after scoring just two runs, was caught by wicketkeeper Nurul Hasan in the very first over of Taskin Ahmed (1 for 46).

T20 World Cup: Why won’t the Indian team make the mistake of taking the Netherlands lightly? understand in 3 points

Russo and de Kock took an aggressive approach from the beginning. Both scored 21 runs in Taskin’s next over with three fours and a six. Russo, targeting spinner Mehdi Hassan, scored 16 runs in his over. After this the game was halted for about 20 minutes due to rain, due to which Bangladesh breathed a sigh of relief. When the match resumed, Bangladesh’s bowlers curbed the run-rate, but South Africa’s batsmen played big shots once the match resumed.

IND vs NED: If the match is canceled due to rain, will the Indian team reach the semi-finals? this is the answer

Apart from Mustafizur Rahman (no wickets for 25 runs in four overs), all Bangladesh bowlers were proving expensive after which captain Shakib Al Hasan (two wickets for 33 runs) came out to bowl in the 11th over, but South Africa’s batsmen Didn’t spare them either. Roseau hit a four on Shakib and then hit two consecutive sixes. He completed his half-century in 30 balls, while after some time de Kock also crossed the 50-run mark with a six.

In the 15th over, Dekock was caught by Soumya Sarkar on the delivery of Afif Hussain (1 wicket for 11 runs). New batsman Tristan Stubbs also became a victim of Shakib by scoring seven runs. When Rousseau reached close to the century, the run rate slowed down a bit. He completed his second consecutive century with a run off Shakib’s ball and then hit a six on this spinner. Russo returned to the pavilion by giving a catch to Liton Das in the 19th over of Shakib.