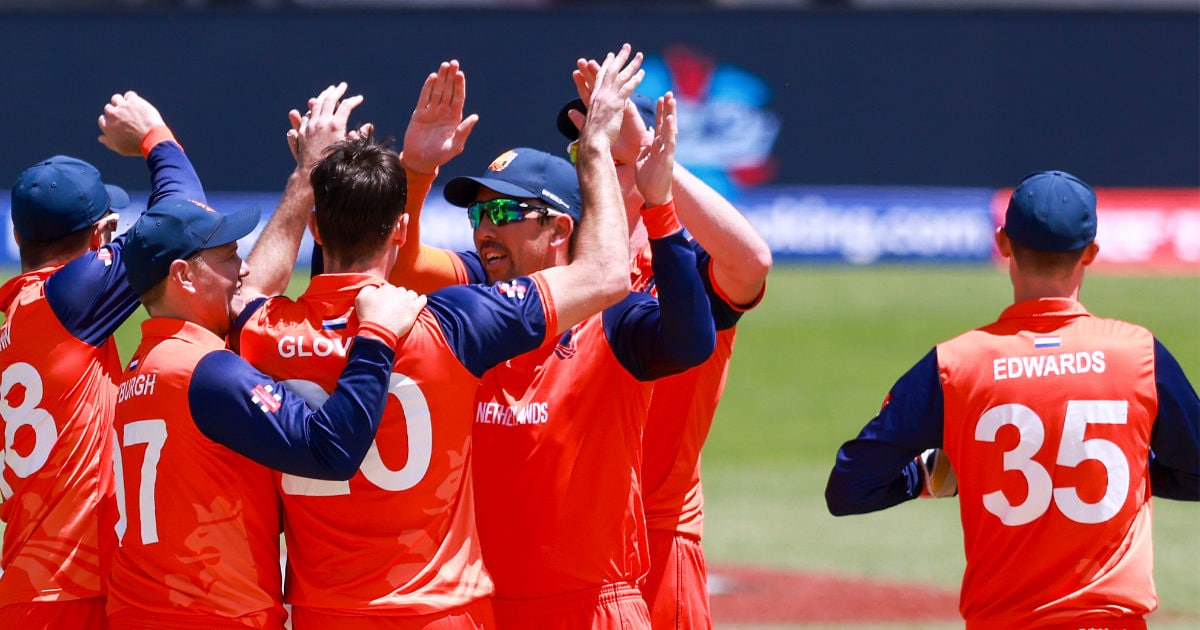 New Delhi. The Netherlands made a big difference in the T20 World Cup on Sunday. In one match of the tournament (T20 World Cup), he defeated South Africa by 13 runs. With the defeat, South Africa’s team is out of the tournament. With this, Team India has confirmed a place in the semi-finals. After some time Pakistan and Bangladesh will have to compete. The team winning this match will become the second team from the group to reach the semi-finals. Both have 4-4 points in 4-4 matches. Playing first in the match, Netherlands scored a good score of 158 runs for 4 wickets. Colin Ackerman scored 41 not out off 26 balls. In reply, South Africa’s team could only score 145 runs for 8 wickets.

South Africa, chasing the target, did not have a good start. The team lost the wickets of both the openers for 39 runs. Quinton de Kock 13 and captain Temba Bavuma could only score 20 runs. Riley Russo, who scored the first century in the current T20 World Cup, could not do anything amazing. He also returned to the pavilion after scoring 25 runs. Aiden Markram and David Miller were both dismissed after scoring 17-17 runs. The team lost its 5 wickets for 112 runs.

Even Klaasen could not win
After Miller’s dismissal, Heinrich Klaasen was in charge of the team. But they too could not do anything amazing. He was dismissed after scoring 21 runs off 18 balls. With this, the hope of the team also ended. Keshav Maharaj was dismissed after scoring 13 runs. Kagiso Rabada remained unbeaten on 9 and Enrique Norcia scored 4. Fast bowler Brendan Glover took 3 wickets for 9 runs in 2 overs. Fred Klaasen and Bass de Leed took 2-2 wickets.

Earlier, South Africa captain Temba Bavuma won the toss and decided to bowl. The Netherlands got off to a great start. Opener batsman Stephen Myberg scored 37 and Max O’Dowd scored 29 runs. Both added 58 runs for the first wicket. Tom Cooper, who landed at number-3, scored 35 runs off 19 balls. In the end, Ackerman played the best innings and took the score beyond 150 runs. Keshav Maharaj took 2 wickets for 27 runs in 4 overs. Rabada was very expensive and gave 37 runs in 4 overs. At the same time, Norkia took one wicket for 10 runs in 4 overs.

Share
Facebook
Twitter
WhatsApp
Linkedin
Email
Telegram
Previous article‘A man’ who is destroying the country… surrounded Imran and said – he only thinks about power
Next article‘Kantara’ star Rishabh Shetty told where Bollywood is going wrong, what was wrong with the filmmakers