Sehwag remembered the story of WC 2003, told how Sachin was playing concentrated between sledging 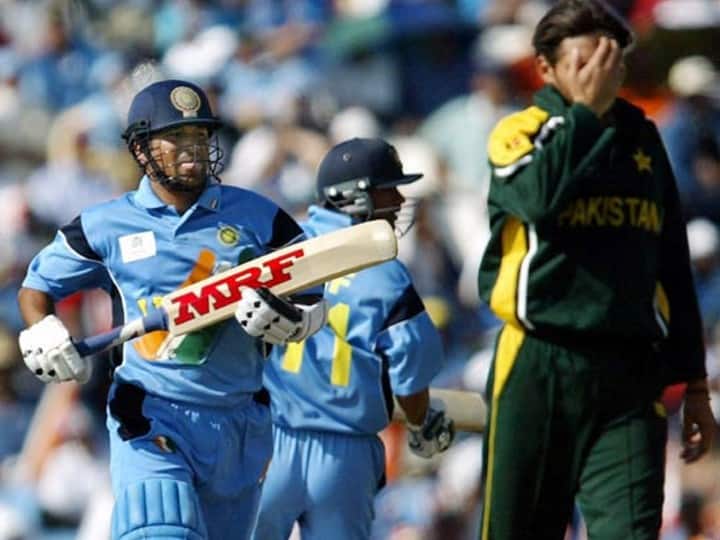 Asia Cup 2022: Whenever the time comes for the clash between India and Pakistan (IND vs PAK) in cricket, the debate on it starts weeks in advance. This time also India and Pakistan are going to face in Asia Cup 2022. This match is to be held on August 28. Now the atmosphere has started building for this match as well. Former cricketers have started speaking about this big match between India and Pakistan. Former cricketer Virender Sehwag has also joined this list. He has narrated an anecdote related to the India-Pakistan match in the World Cup 2003.

Sehwag told in a conversation with Star Sports, ‘We knew that (India-Pak match, World Cup 2003) was an important match. Sachin was experienced. He played many matches against Pakistan. He was frozen at the crease. He had reached his stage and I was taking his running. During that time Shahid Afridi of Pakistan was constantly provoking him. He was talking a lot but Sachin was concentrated. He knew that it was important for him to stay at the crease.

Shoaib Akhtar was given a befitting reply
Sehwag said, ‘I remember Shoaib Akhtar made a statement before that match that he would destroy India’s top order. I had not read his statement then, nor did Sachin Tendulkar read it. But Sachin gave a tremendous reply to Shoaib Akhtar in the very first over of the innings. He took 18 runs in this over.

India won by 6 wickets
In this match of World Cup 2003, Pakistan had set a target of 274 runs in front of India. In reply, the Indian team won by 6 wickets thanks to Sachin’s 98 off 75 balls. India had reached the final in that World Cup, where it had to face defeat at the hands of Australia.

Tejaswin Shankar: At the age of 15, Tejaswin wrote an emotional letter to his father, after which he was allowed to pursue a career in athletics.

IPL: These three franchises would like to include Ravindra Jadeja in their side, know who is at the forefront of the race