Shahid Afridi made serious allegations against ICC, said – it is very clear… India is playing 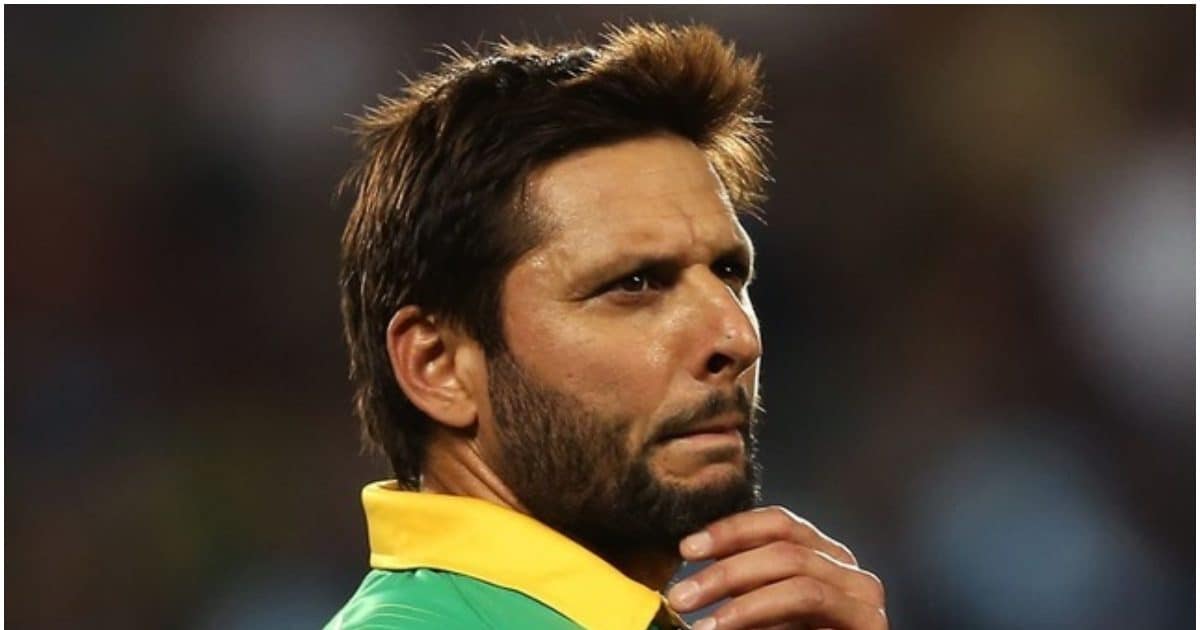 New Delhi. A Pakistani journalist has made serious allegations against the International Cricket Council (ICC) after India’s 5-run victory against Bangladesh in Adelaide. Shahid Afridi also supported this journalist on these allegations. Afridi has raised questions on the ICC after some incidents during the matches of Asian teams in the ICC T20 World Cup 2022 being played in Australia. First, Kohli’s gesture towards the square-leg umpire for a no-ball created a ruckus. After this incident, Bangladesh captain Shakib Al Hasan went to the Indian batsman because he was unhappy.

In the second innings of the India vs Bangladesh match, rain stopped play for a while. Shakib was seen talking to the umpires before the match resumed. He later revealed that it was a conversation about modified playing conditions. Also, wicketkeeper-batsman Narul Hasan pointed to the Indian team’s ‘fake fielding’ attempt before the rain, which went unnoticed.
T20 WC 2022: Ponting gave a suggestion to Australia before the crucial match against Afghanistan

And now Shahid Afridi has also supported the Pakistani journalist on the allegation that the ICC is favoring India. Speaking on Pakistan’s Sama TV show, the journalist said, “Shakib Al Hasan was also saying the same thing. And that was shown on the screen as well. You saw how wet the ground was, but the ICC is leaning towards India. They want to ensure that India reach the semi-finals at any cost. The umpire was also the one who officiated India vs Pakistan and should get the best umpire award.”

Shahid Afridi (who is a panelist on the show) replied to the claim. Along with this, he also praised Liton Das fiercely. Liton Das scored 60 runs in 27 balls before being run out. Bangladesh lost momentum after his dismissal. His next six wickets fell for 40 runs.

Afridi said, “I know what happened. After seeing how much rain had fallen, the game resumed immediately after the break. It is very clear that ICC, then India is playing. Then the pressure that comes with it, there are many factors involved in it but Liton’s batting was amazing. He played positive cricket. After six overs, we felt that if Bangladesh had not lost wickets for another 2-3 overs, they would have won the match. Overall, Bangladesh’s fight was excellent.”

Let us tell you that the rain forced a modification in the conditions of the game. Bangladesh needed to chase 151 runs in 16 overs after the rain. Bangladesh were 17 runs ahead in the game before the rain according to the Duckworth-Lewis rule and needed 85 runs after the resumption of play.

But Liton Das was run out soon after the break and Bangladesh’s batting lineup collapsed after that. The Indian bowlers made a surprise comeback to restrict the opponents to 145/6. India is now on top of the Group 2 points table. They are almost in the semi-finals and a win against Zimbabwe on Sunday will confirm their qualification.

Share
Facebook
Twitter
WhatsApp
Linkedin
Email
Telegram
Previous articleRavindra Jadeja will be associated with CSK! Dhoni does not want to leave the support of this legendary all-rounder
Next articleDo not forget to see the last total lunar eclipse of the year, if you miss, you will get a chance in 2025, know the date and time