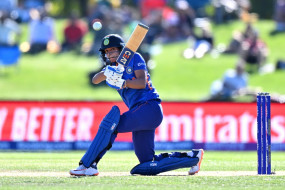 Digital Desk, Durham. India captain Harmanpreet Kaur feels it is good for a cricketer to take a break from the game whenever depression sets in due to mental fatigue. Harmanpreet’s remarks comes after England all-rounder and stand-in captain Natalie Shiver withdrew from the white-ball series against India to focus on mental health and well-being. The captain further said, we as a team discuss these things a lot.

Your performance keeps going up and down and at such times it is better to take a break. As a team we all want to help each other. Harmanpreet further said, Last year, I went through these things while playing back-to-back cricket. This year, we had the Commonwealth Games and there were back-to-back cricket matches too, but I wanted to take a break.

In the past, Harmanpreet has been vocal about the benefits of being a mental psychologist, wherein players can open up about their mental struggles at the challenging stages of their careers. Harmanpreet herself spoke eloquently about how sports psychologist Dr. Mugdha Bawre helped her get back into form ahead of the Women’s ODI World Cup in New Zealand earlier this year. In the World Cup, Harmanpreet scored 318 runs, including one century and two half-centuries.

He further added, “Dr. Bawre was a well-known person for me when we were on New Zealand tour and he helped us a lot. I hope that in future also we can take him with us because right now we are focusing a lot on our fitness but mental skill is something which we need to take seriously. In recent times, star male batsman Virat Kohli has spoken about his prolonged mental fatigue, which resulted in him taking time off from cricket for a month and a half.

We represent our country and there is a lot of pressure on us. Sometimes you put so much pressure on yourself just because you know your game and your ability to do what you can in your country. So sometimes expecting too much can hold you back. In times like these, if you can go to someone and express yourself and get some idea about your things, that will help you.

No matter how big a player you are, over a period of time you need a mental-skills coach because mental health is as important as your physical fitness and skills. There should always be someone with us because this is a part that is easily overlooked not only on the field of play but also off the field.

Harmanpreet further added, if we can go to people who help us on the mental aspects, then things become easier and you feel relaxed and you feel that you have more areas where you can go and can express themselves.

Share
Facebook
Twitter
WhatsApp
Linkedin
Email
Telegram
Previous articleSo far 314 people have died due to rain in Maharashtra, 5802 animals have died
Next articleSourav Ganguly told Virat Kohli that he is more efficient than himself, said – he is great