Sri Lanka defeated Pakistan in a one-sided match, Nisanka and Hasranga were the heroes of victory 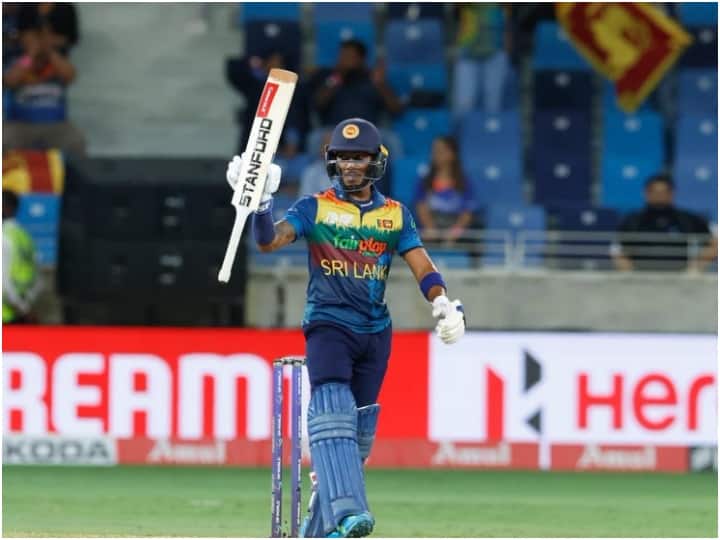 Asia Cup 2022, SL vs PAK: Sri Lanka defeated Pakistan by five wickets in the final match of the Super-4 of the Asia Cup played in Dubai. Pakistan’s team could score only 121 runs in 19.1 overs after playing first. In response, Sri Lanka chased down the target easily in just 17 overs thanks to an unbeaten 55 by opener Pathum Nisanka. However, both the teams have already reached the final. On Sunday, both will meet once again in the final match.

Chasing Pakistan’s target of 122 runs, Sri Lanka made five in 17 overs with Nisanka’s unbeaten 55 off 48 balls with five fours and a six and his fourth wicket partnership of 51 runs with Bhanuka Rajapaksa (24). Won by scoring 124 runs on the wicket. Captain Dasun Shanaka also scored 21 runs in 16 balls. The Sri Lankan team remained unbeaten in the Super Four stage.

The Pakistan team was bundled out for 121 runs in 19.1 overs in front of the magic of leg-spinner Wanindu Hasranga (3 for 21) and off-spinners Mahish Teekshan (2 for 21) and Dhananjay de Silva (18 runs in one wicket). . Debutant fast bowler Pramod Madusan (2 for 21) played a good support for the spinners.

For Pakistan, only captain Babar Azam (30) and Mohammad Nawaz (26) could cross the 20-run mark. Sri Lanka’s start to chase the target was also very poor and the team lost the wickets of openers Kusal Das and Danushka Gunathilak till the score of two runs in the second over. Both of them could not even open the account.

Mohammad Hasnain (2 for 21) got Mendis caught by Iftikhar Ahmed in the very first over, while in the next over, Gunatilak was caught by wicketkeeper Mohammad Rizwan off Haris Rauf (2 for 19).

In his next over, Rauf got Dhananjay de Silva (09) caught by Azam to make Sri Lanka 29 for three. Sri Lanka scored 37 for three in the power play.

Nisanka also hit a six in Qadir’s next over but Rajapaksa caught Rauf after a ball. Rajapaksa hit two sixes in his 19-ball innings. Nisanka completed his second consecutive half-century in 41 balls with a run off Qadir. Captain Dasun Shanaka (21) hit a four and a six off Rauf’s successive deliveries.

Sri Lanka needed 19 runs to win in the last five overs. Shanaka hit a six on Hasnain but was caught by Hasan Ali on the next ball. Wanindu Hasaranga (10 not out) hit two fours on Hasnain to take Sri Lanka to the target.

Share
Facebook
Twitter
WhatsApp
Linkedin
Email
Telegram
Previous articleIt is apple season, make and eat tasty pudding everyday, increase your family’s immunity
Next articleIf you have a budget of 5 thousand to buy a smart watch then do not miss this deal.