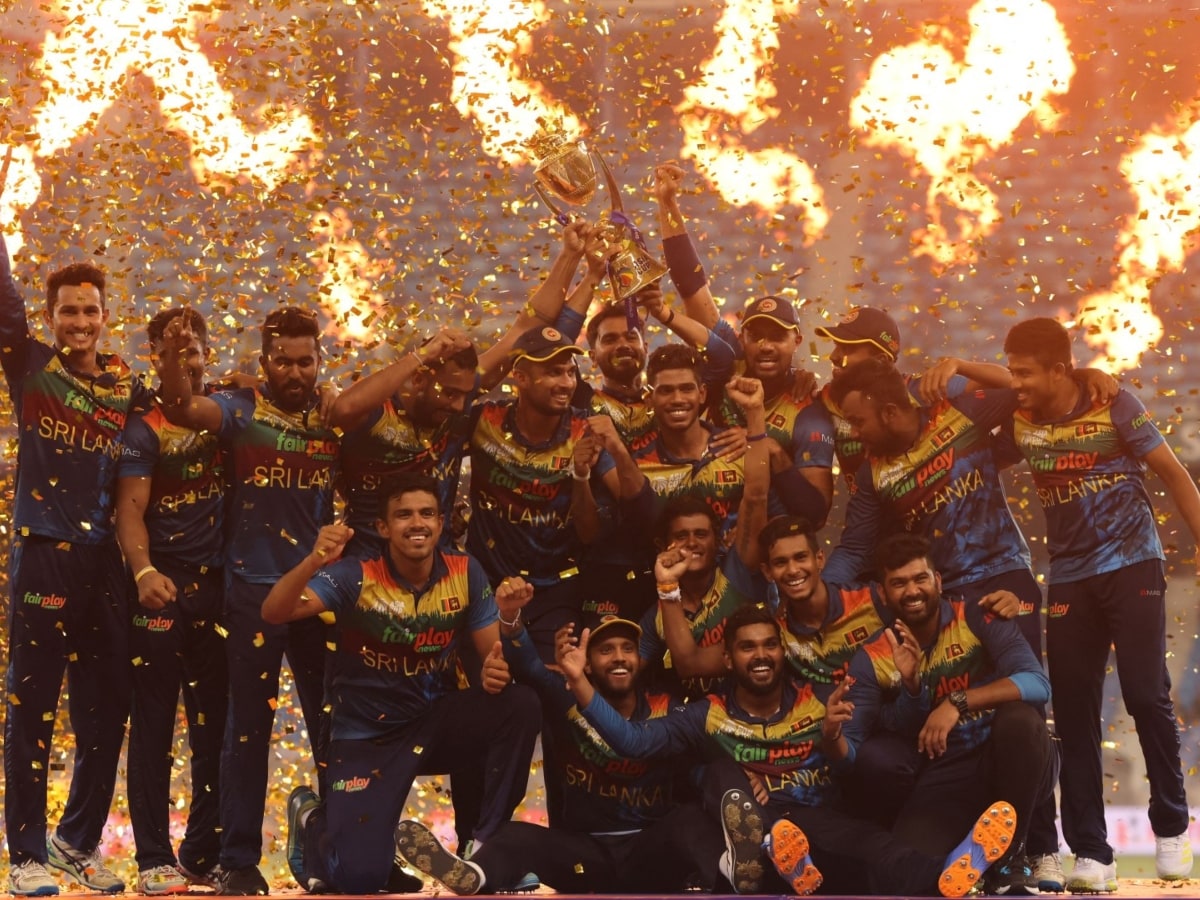 Dubai. Several top cricketers from across the world, including former Pakistan greats, congratulated Sri Lanka for their resounding victory in the Asia Cup final against Pakistan at the Dubai International Stadium on Sunday night. Former Pakistan captain Wasim Akram said that Sri Lanka came into the final with the mindset that they have to win the trophy. Impressive performances from Bhanuka Rajapakse, Wanindu Hasaranga and Pramod Madushan helped Sri Lanka win the title by 23 runs. This is Sri Lanka’s sixth Asia Cup title (1986, 1997, 2004, 2008, 2014 and 2022).

Several other Pakistani cricketers on Sunday lauded Sri Lanka and said the islanders deserved a winner. However, Kamran Akmal and Mohammad Hafeez expressed their disappointment over Pakistan’s performance, saying it should be a lesson for the team ahead of the ICC T20 World Cup in Australia next month. Akmal said, ‘Pakistan definitely disappointed, but the Sri Lankan team played brilliantly.’ Sri Lankan greats like Kumar Sangakkara and Mahela Jayawardene also took to social media to congratulate the team.

Sri Lanka won the title by defeating Pakistan by 23 runs in the final
Sri Lanka won the Asia Cup 2022 title by defeating Pakistan by 23 runs in the final. After losing their first game against Afghanistan, they defeated Bangladesh, Afghanistan, India, Pakistan and then Pakistan to win the 2022 Asia Cup. Aggressive innings from Bhanuka Rajapaksa (71 not out off 45 balls) and Wanindu Hasaranga (36 off 21 balls) took Sri Lanka to 170/6 in 20 overs. Apart from Rajapaksa and Hasaranga, Dhananjaya de Silva (28 off 21 balls) and Chamika Karunaratne (14 not out off 14 balls) also played important innings for Sri Lanka during their stay at the crease. For Pakistan, Haris Rauf (3/29) was among the bowlers to take three wickets, while Iftikhar Ahmed (1/21), Shadab Khan (1/28) and Naseem Shah (1/40) took one wicket each. took.

Chasing a challenging total, Mohammad Rizwan kept Pakistan alive in the game with a fine half-century (55 off 49 balls) and Iftikhar Ahmed (32 off 31 balls) before being dismissed. However, the other batsmen could not contribute and Pakistan could only score 147 runs in 20 overs. Pramod Madushan (4/34) and Vanindu Hasaranga (3/27) were the leading wicket-takers for Sri Lanka, while Chamika Karunaratne (2/33) and Mahesh Thekshana (1/25) also took important wickets.