Suryakumar Yadav’s one century and 9 half-centuries, 59 sixes also made a record of 1000 runs 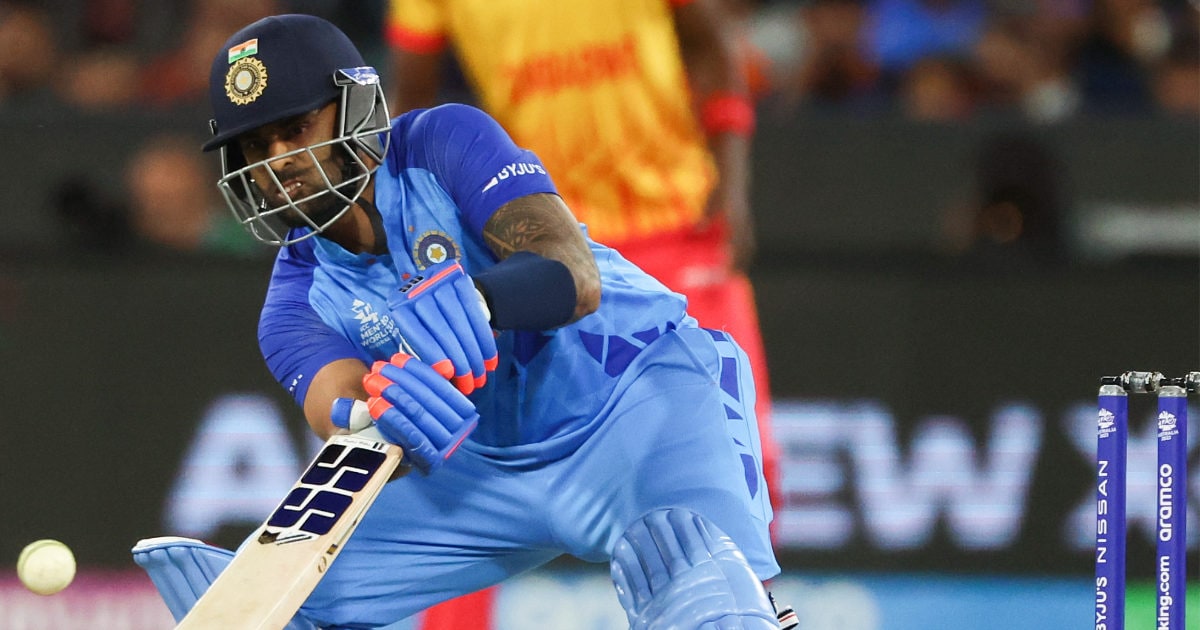 New Delhi. The year 2022 has proved to be the best for Suryakumar Yadav so far. In a match of the T20 World Cup, he scored an unbeaten 61 against Zimbabwe on Sunday. This is his 9th fifty of the year. With this, his one thousand runs were also completed. Earlier, no Indian batsman could reach 1000 runs in a year in T20 International. In the match (IND vs ZIM), India has scored 186 runs for 5 wickets while playing first. If the team wins this match, then it will reach the top of the points table. KL Rahul also played an excellent innings of 51 runs.

Suryakumar Yadav played a brilliant innings in the match. He scored an unbeaten 61 off 25 balls at a strike rate of 244. Hit 6 fours and 4 sixes. Due to his innings, India scored 79 runs in the last 5 overs. This is his third half-century of the current T20 World Cup. Earlier, he scored an unbeaten 51 against the Netherlands and 68 against South Africa. Virat Kohli has also scored 3 half-centuries for India. Rahul has also hit 2 fifty.

Rizwan not far behind
Talking about 2022, Suryakumar Yadav has so far scored 1026 runs in 28 innings of T20 International at an average of 45. He has scored one century and 9 half-centuries. That is, 10 times he has played an innings of more than 50 runs. The strike rate is 187. Hit 93 fours and 59 sixes. No one else has been able to reach the 1000-run mark so far. Although the wicket-keeper batsman of Pakistan is behind him. He has so far scored 924 runs in 23 innings at an average of 46. Has scored 9 fifties. The strike rate is of 123. Both India and Pakistan have reached the semi-finals of the T20 World Cup. In such a situation, Rizwan also has a chance to complete thousand runs.

T20 World Cup Semis: Pakistan made it to the semi-finals for the record sixth time, India is far behind

Talking about making one thousand in a year in T20 International, Suryakumar Yadav is only the second batsman in the overall world. Rizwan’s name is the record for scoring the most runs. He scored 1326 runs in 26 innings in 2021. Had one century and 12 half-centuries.

Share
Facebook
Twitter
WhatsApp
Linkedin
Email
Telegram
Previous articleAnalysis-Brazil’s Lula Hopes to Unite Rainforest Nations, Tap Funding at COP27
Next articleStock Market: This week the speed of the stock market will depend on these things, these figures will affect

Wheat processing industry is worried about the rise in the price of wheat, the price in the international market