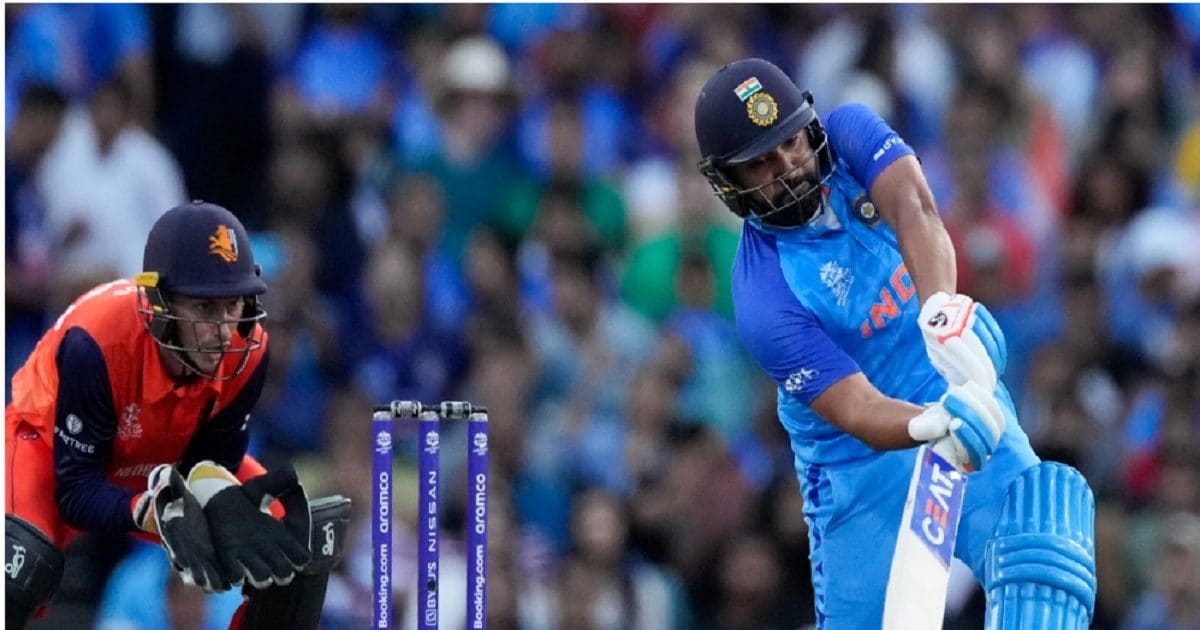 India will play the semi-final against England on November 10.

Rohit Sharma scored only 89 runs in the World Cup.

New Delhi. In the T20 World Cup 2022, Team India has won the semi-final ticket by registering a big win by 71 runs against Zimbabwe (India vs Zimbabwe) on Sunday. Captain Rohit Sharma’s poor form for India has been a big problem for the team so far in the tournament. However, thanks to the strong batting order, India has registered 4 wins. Rohit Sharma and Company will play the semi-final match against England on November 10.

In the knockout match against the English team, it has to be seen whether Rohit Sharma is able to play a big innings or not. Before this match, former Team India legend Sunil Gavaskar has shared his thoughts about Rohit’s form. The Hitman has so far scored only 89 runs in the tournament at a poor average of 17.8. Sunil Gavaskar believes that Rohit can do well in knockout matches.

Sunil Gavaskar said about the captain’s form, ‘Okay, let’s hope he is saving runs for the upcoming matches. They will be the biggest matches for India. In group matches, you have the option of one more match, then you can use it there. But this is a knockout game here you can’t experiment much. You need to be at your best in these matches. Hope he does well.

Rishabh Pant and DK both increased the headache of Team India, who will enter the semi-finals?

Rohit’s pull shot is not working

Gavaskar said about Hitman’s pull shot, ‘Rohit himself planned to show aggression in the first 6 overs as a captain. He pulls every ball fast. But the grounds in Australia have put his pull shot in trouble. Even two years ago, he was getting out while playing a pull shot in Tests. This time he is in trouble again. He has to play the pull shot keeping the fielding in mind. This is their strength.

Share
Facebook
Twitter
WhatsApp
Linkedin
Email
Telegram
Previous articleCash gets less every month? In this way, there will be an earning of lakhs every month
Next articleItaly: The ship that rescued the migrants refused to obey the order to leave the shore, insisted to unload the people and return

IND vs NZ 3rd ODI: Rishabh Pant was seen taking medical help in the dressing room after getting out