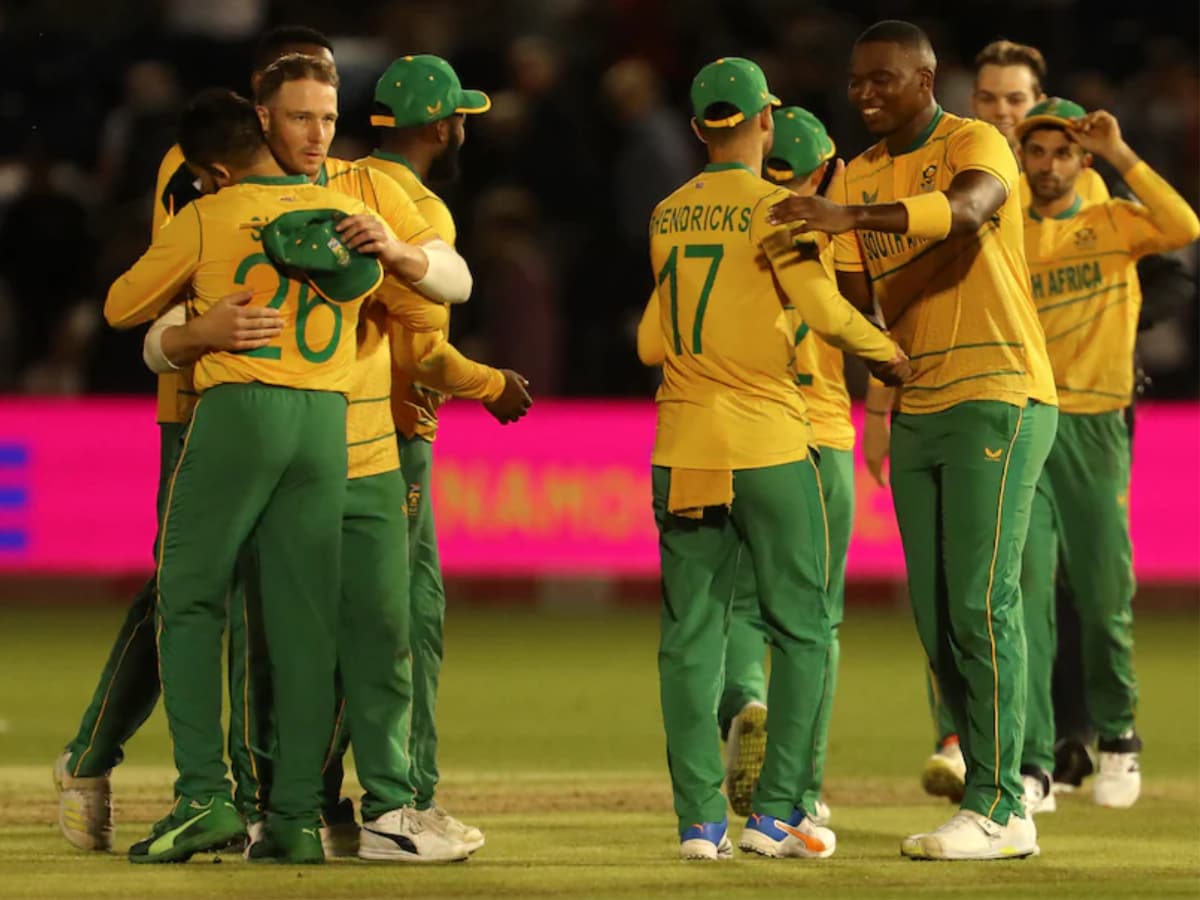 New Zealand were bundled out for 98 against South Africa.

New Zealand will play a warm-up match against India on 19 October.

New Delhi. The T20 World Cup has started from 16 October with the match between Namibia and Sri Lanka (Namibia vs New Zealand). At the same time, some teams are still playing practice matches. Among them is the team of New Zealand. The warm-up match between New Zealand and South Africa is being played today (October 17). In this match, South Africa won the toss and decided to bowl first. The New Zealand batsmen succumbed to the deadly bowling of the Proteas team and the entire team could not even make a hundred.

On behalf of the Kiwi team, batsman Martin Guptill scored the highest 26 runs. Apart from him, Glenn Phillips scored 20 runs in 18 balls. But due to the continuous fall of wickets, the entire team was reduced to 17.1 overs. 8 batsmen of the Kiwi team could not even score 10 runs. Now there is a modest target of 99 runs in front of South Africa.

The New Zealand batsmen were not able to understand the spin of Proteas spinner Keshav Maharaj. Keshav showed the way to the pavilion to 3 batsmen by giving just 17 runs in his 3 overs. At the same time, Tabrez Shamsi gave only 6 runs in 3 overs and also got two successes. Apart from him, Wayne Pornel also got two successes in two overs. Fast bowler Kagiso Rabada bowled the same over in which he took 1 wicket for 4 runs.

KL Rahul’s shine returned, 4 half-centuries in 4 matches, Team India was waiting for this

India will compete on October 19

After playing the match against South Africa, the New Zealand team will play the second warm-up match against the Indian team on 19 October. This match will be played at Gabba. At the same time, Kane Williamson and Company will play their first match in the T20 World Cup against hosts Australia on 22 October at the Sydney Cricket Stadium.

Share
Facebook
Twitter
WhatsApp
Linkedin
Email
Telegram
Previous articleEarning from moonlighting with regular job is salary or professional fees, what are experts called and how will income tax be charged?
Next articleRevati said about Salman Khan – remembering that era brings a smile on my face