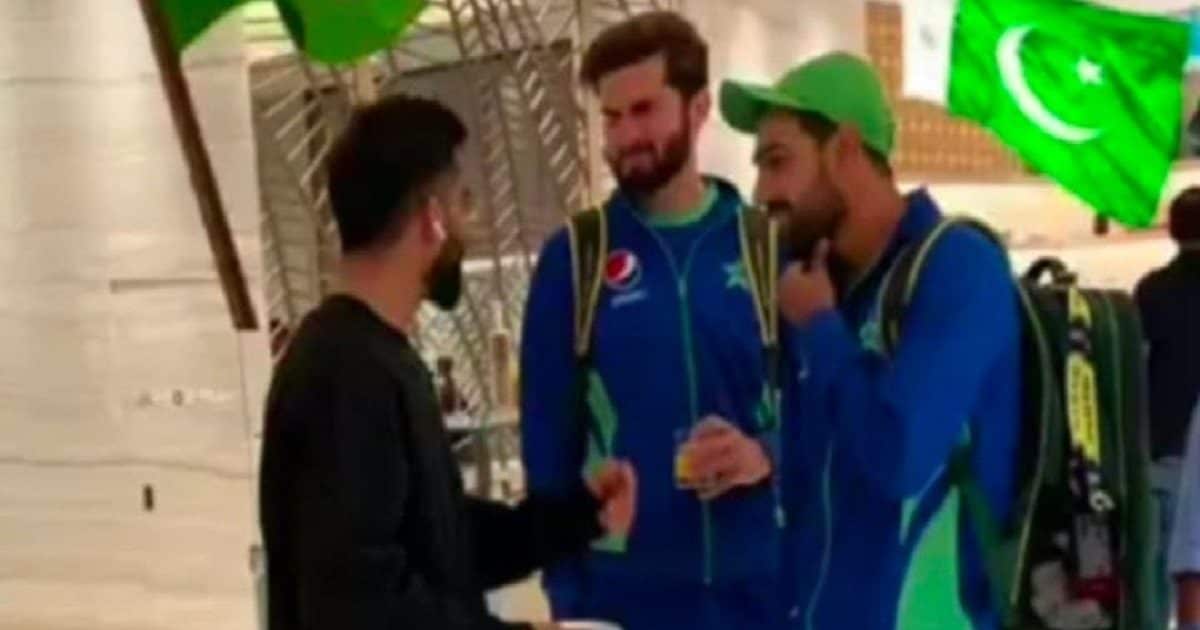 Kohli played back-to-back half-centuries in both the matches.

New Delhi. The start of the Pakistani team in the World Cup (T20 World Cup 2022) was not good. Babar Azam and Company had to face defeat from India. But after that the team could not be able to make a comeback even against Zimbabwe. The high voltage match between India and Pakistan was seen on 23 October in the Melbourne ground. The hero of this match was Team India’s ‘run machine’ Virat Kohli.

The Indian team will play its third match in the World Cup against South Africa in Perth on 30 October. At the same time, the Pakistan cricket team is also looking forward to returning to the tournament against the Netherlands on Sunday. Both the matches will be played at the same ground. Meanwhile, Virat Kohli was seen in a fun mood with Pakistan bowlers Shaheen Afridi and Haris Rauf. Cricket Pakistan has shared the photos of the three players on Twitter. This photo is being well-liked on social media.

Virat Kohli’s bat has once again started spewing fire. Virat forced the Pakistan bowlers to struggle in the first match of the World Cup. Chasing 160 runs, Team India defeated Pakistan by 4 wickets in a thrilling match. Kohli played a match-winning innings of 82 runs in 53 balls with the help of 6 fours and 4 sixes. After that, against the Netherlands too, Kohli scored the best half-century.

Rishabh Pant had so many bad days that he had to take advice from the fan, the video is getting viral

Team India would also like to maintain their winning streak against South Africa. Talking about batting, KL Rahul has not yet recovered from his poor form. However, captain Rohit Sharma has played a fine half-century against the Netherlands. On the other hand, when it comes to Kohli, Virat has scored back-to-back half-centuries in both the matches. In such a situation, it can be said that Kohli can prove fatal against South Africa.

Share
Facebook
Twitter
WhatsApp
Linkedin
Email
Telegram
Previous articleNo sound coming in mobile speaker? Do it right at home, 3 thousand rupees will be saved
Next articleTomorrow is the last chance to apply for the post of clerk in High Court, 10th pass can also apply