T20 World cup 2022: Big T20 record on target of Shabad Khan in semi-finals, will create history as soon as he takes 1 wicket 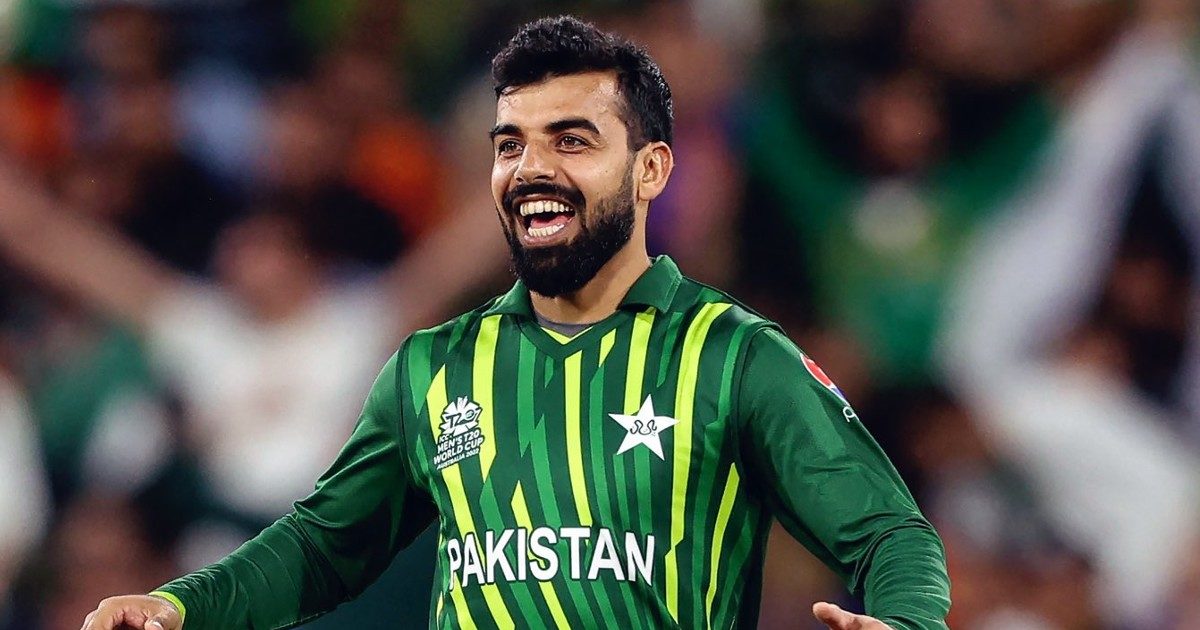 Shadab Khan can make a big T20 record in this match

New Delhi. Pakistan cricket team will enter the semi-final match against New Zealand in the T20 World Cup semi-final. Even the team’s spin all-rounder Shadab Khan has had a big hand in reaching the team. Now he will have a chance to create history against the Kiwi team. He will make a big record in T20 International as soon as he takes 1 wicket for Pakistan.

This time the T20 World Cup has been full of ups and downs for Pakistan. The team got the semi-final ticket after reaching the verge of being eliminated from the tournament after losing two consecutive matches. The team’s all-rounder Shadab Khan has so far done wonders with both the ball and the bat. Along with taking 10 wickets, he has so far scored a total of 78 runs with one half-century.

Shadab’s name will be the big record of Pakistan!

Shadab is currently just 1 wicket away from becoming the highest wicket-taker Pakistani bowler in T20 Internationals. In the match against Bangladesh, he equaled former Pakistani captain Shahid Afridi’s highest T20 International wicket-taker. Shadab has taken 97 wickets in 82 matches while Shahid did so after 98 matches. Shadab will reach the top of the list by taking 1 wicket against New Zealand.

Most wickets for Pakistan in T20

Looking at the list at this time, Shadab Khan is jointly in the first place with 97 wickets along with veteran Shahid Afridi. After this comes the name of former fast bowler Umar Gul. After playing 60 matches, he took 85 wickets in total. Saeed Ajmal has taken the same number of wickets in 64 T20 Internationals. In this list, Haris Rauf is climbing very fast. In just 55 matches, he has taken 70 wickets and can soon leave these giants behind.

Share
Facebook
Twitter
WhatsApp
Linkedin
Email
Telegram
Previous articleT20 World Cup: Because of this Rohit Sharma would not want to win the toss in Adelaide, dream will break the coin
Next articleYou will be surprised to know! Elon Musk works 120 hours a week, wants to make Twitter number one