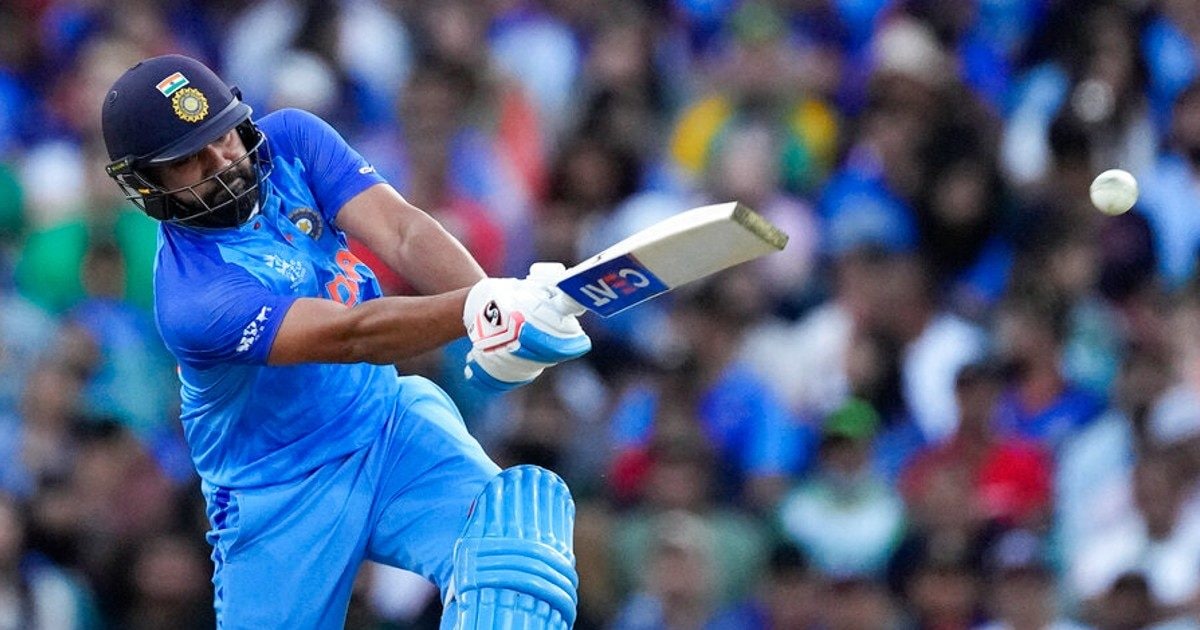 New Delhi. Indian cricket team captain Rohit Sharma may not be seen in that color in this T20 World Cup, but the semi-final match is going to bring a big opportunity for him. Team India’s Hitman is close to doing a feat in the T20 World Cup semi-final against England that no one else can even think of doing at the present time. Till now only 1 batsman in the world has been able to do this feat and Rohit is about to become the second batsman to do so.

The Indian team has reached the semi-finals with pride by winning 4 out of 5 league matches, showing a bang. Now here he has to play with former champions England. Team India, captained by Rohit, is 2 steps away from fulfilling the desire to kiss the trophy again after 15 years. If India wants a win against England in the semi-final, then captain Rohit will need a big score with the bat. Till now not able to collect even 1 fifty, this stalwart will have a chance to become the Sixer King.

None of the batsmen currently active in international cricket are even close to Rohit Sharma. We are talking about hitting sixes where the hit man is far ahead of the other batsmen. With just 4 sixes, he will become the second batsman in the world to hit 500 international sixes. Chris Gayle of West Indies is the only one in this list so far. Rohit has hit 496 sixes in 425 international matches (ODI, T20 and Test) and with 4 sixes he will complete 500 sixes. Gayle had hit 553 sixes in his career.

Most sixes in international cricket

In all three formats of cricket, including Test, ODI and T20, former West Indies cricketer Chris Gayle has scored a total of 553 sixes after playing 483 matches. He is at the top of this list and is going to stay for a long time. Rohit has maintained the second position in 425 matches with a total of 496 sixes. At number three is former Pakistan captain Shahid Afridi, who has 476 sixes in 524 matches. The fourth place in the list is held by former New Zealand captain Brayden McCullum, who has a total of 398 sixes in his account. New Zealand’s current opener Martin Guplit has hit 383 sixes.