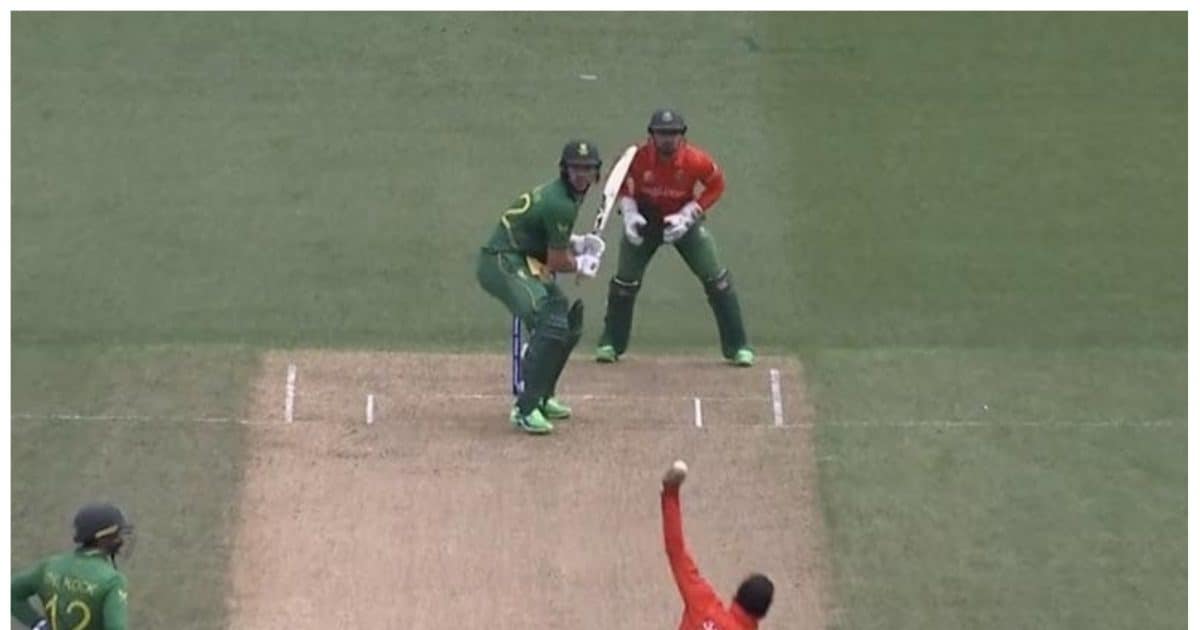 Riley Russo played a brilliant innings of 109 runs in 56 balls.

New Delhi. The ICC T20 World Cup 2022 has become very unpredictable. The favorite cricket of the tournament is also struggling to make a mark. The tournament so far has seen some close games, some tough games, some upsets and many more. England had to face defeat against Ireland. Now a rare incident happened in the Super 12 round between South Africa and Bangladesh. In the first innings where the Proteas were batting, a mistake by the Bangladesh wicketkeeper resulted in five penalty runs for the opposition.

On the last ball of the 11th over, when Bangladesh captain Shakib Al Hasan was about to bowl, wicketkeeper Nurul Hasan went to his left before bowling the ball. It is not allowed according to the rules of the game. When Shakib was coming to bowl, Nurul was seen going behind the stumps. On-field umpires Rod Tucker and Langton Russere had a lengthy discussion about the same.

Big announcement of BCCI, now women cricket players will get match fees at par with men

The on-field umpire then reached the decision to award five extra runs to South Africa as a result of Nurul Hasan’s fault being found. The South African team was already making a big score, now they got a bonus of five more runs to add to it.

Let us inform that with the help of Riley Russo’s century and Enrique Norcia’s four-wicket haul, South Africa defeated Bangladesh by 104 runs in the T20 World Cup match. Riley Russo, apart from playing an innings of 109 runs in 56 balls with 7 fours and 8 sixes, also shared 163 runs for the second wicket with Quinton de Kock (63 runs in 38 balls, seven fours, three sixes), with the help of which South Africa scored 205 for five wickets.

After this Norkia performed their best in T20 and took four wickets for 10 runs. Bangladesh’s team could only score 101 runs in 16.3 overs.

Share
Facebook
Twitter
WhatsApp
Linkedin
Email
Telegram
Previous articleAyurveda for thyroid: Ayurveda Dr has given 3 panacea remedies, both types of thyroid will remain in balance hypo-hyper
Next articleKartik Purnima 2022: When Kartik Purnima? Mother Lakshmi will be happy by doing these 5 things on this day

Dr BR Ambedkar Death Anniversary: ​​You will be surprised to know the extraordinary foresight of the constitution maker