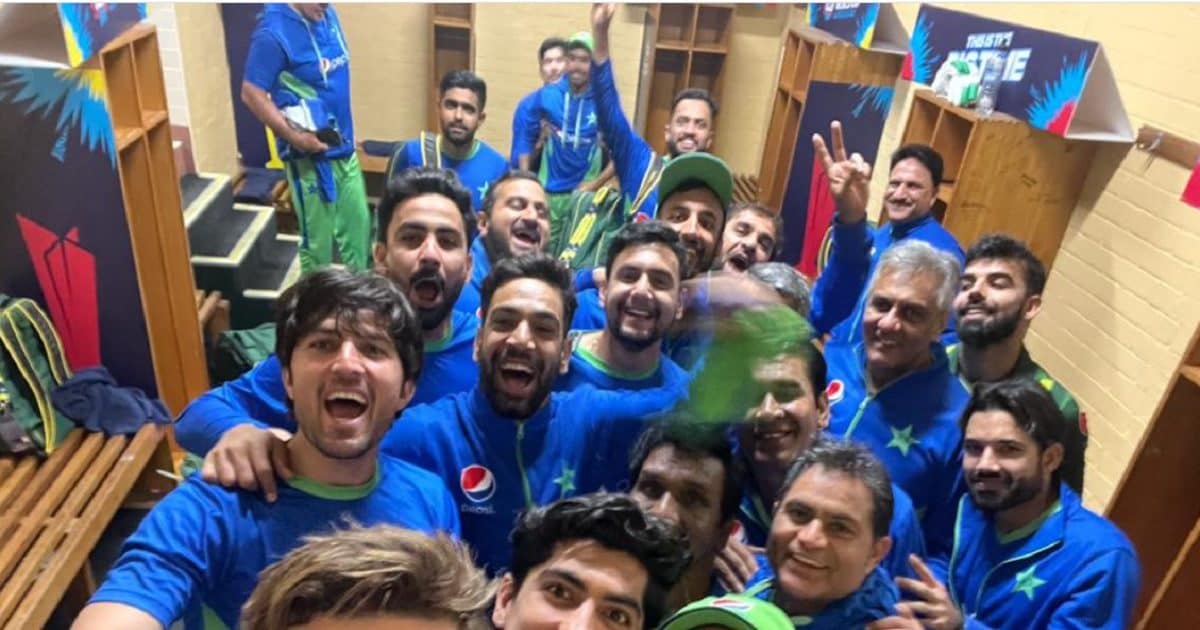 Players celebrated the victory in the semi-finals

New Delhi. Pakistan defeated New Zealand in a one-sided match in the semi-finals of the T20 World Cup 2022 to secure their place in the final. Luck also played a role in the Babar Azam-led Pakistan team reaching the semi-finals. But, in the knockout match, Pakistan showed a champion-like game and New Zealand’s dream of winning the T20 world was shattered. Pakistani players did not lag behind in celebrating this glorious victory. A video of this has been shared with the Twitter handle of Pakistan Cricket.

In this, the players were seen singing the song ‘Dil-Dil Pakistan’ loudly. This video is from just after the semi-final match was over. In this video, Pakistani pacer Haris Rauf is seen singing this song loudly with fellow players. Shaheen Afridi and Naseem Shah are also seen in the video. Caption was given with this video – Winning on and off the field.

Pakistan won the semi-final by 7 wickets
Pakistan allowed New Zealand to score only 152 runs in 20 overs in the semi-final and then easily achieved the target of victory by losing just 3 wickets. The pair of captain Babar Azam and Mohammad Rizwan played an important role in Pakistan’s victory. This opening pair of Pakistan laid the foundation of victory by adding 105 runs for the first wicket. This is Pakistan’s highest partnership for the first wicket in the current T20 World Cup. Babar and Rizwan scored half-centuries before being dismissed. Babar scored the first fifty in this T20 World Cup. After such a good start, the victory was just a formality. In the end, Mohammad Haris and Shan Masood gave Pakistan victory.

Share
Facebook
Twitter
WhatsApp
Linkedin
Email
Telegram
Previous articleMushroom Broccoli Soup Recipe: Soup made with Mushroom and Broccoli will keep you energized throughout the day, know the recipe
Next articleEarthquake tremors in Andaman and Nicobar Islands, magnitude 4.3 on Richter scale