T20 World Cup of Reversals: 13 teams have lost so far, but 3 teams are still invincible 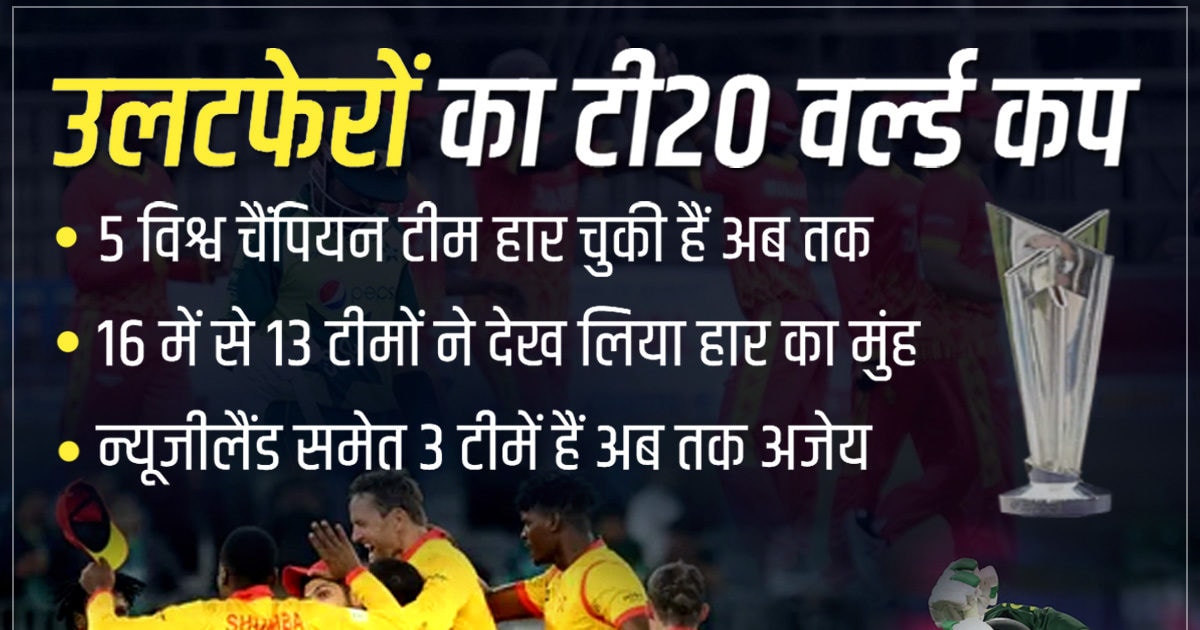 New Delhi. If the T20 Cricket Mahakumbh in Australia is called the T20 World Cup of upheavals, then it will not be wrong. Only half the matches have been held in this World Cup, which started on 16 October. But the picture is shocking. Former champions Sri Lanka had to face defeat in the very first match of the tournament. He was defeated by novice Namibia. This series of upheavals, which started with the defeat of Lanka, continues till now. Defending champions and hosts Australia, two-time champions West Indies, current ODI world champions England, 2009 world champions Pakistan have become victims of vicissitudes. A total of 16 teams have participated in the tournament and 13 of them have lost their account. In such a situation, which are the 3 teams, which are still left from defeat.

After all, why is this T20 World Cup being called the Maha Kumbh of the reverses. Take a look at some of the results to know the answer. On 16 October, Namibia beat Sri Lanka by 55 runs. The same Sri Lanka, who won the Asia Cup a few days back. A day later, Scotland washed the West Indies. That too by a huge margin of 42 runs.

This World Cup proved to be very bad for West Indies. West Indies, who won the T20 World Cup in 2012 and 2016, had to play a qualifying tournament this time. After this, as if the defeat against Scotland had been less bad that he was once again a victim of reversal. Zimbabwe defeated West Indies on 19 October. Due to this defeat, the West Indies team could not make it to the Super-12.

This cycle of reversal continued in Super-12 as well. The Super-12 round started on 22 October and on the same day the defending champions Australia lost to New Zealand. A day later, Pakistan also had to face defeat. India defeated him. After India, Pakistan was also defeated by Zimbabwe.

Talking about the overall tournament, there are only three teams that have not lost a single match so far. These include teams from India, South Africa and New Zealand. India vs South Africa match is on 30 October. In such a situation, if rain does not hit the match, then one more name is sure to be added to the list of losing teams.