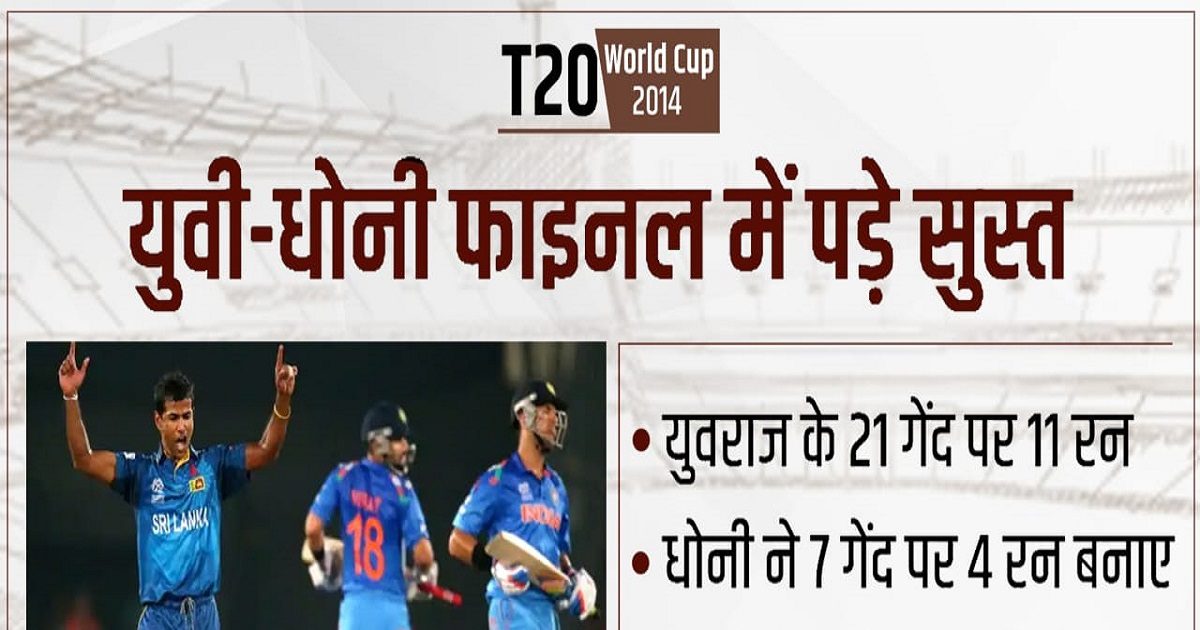 The desire to win the T20 World Cup for the second time in 2014 remained unfulfilled.

T20 World Cup: The journey of the T20 World Cup, which started in 2007, reached its fifth stage in 2014. Cricket’s Mahakumbh was held in Bangladesh this year. Call it the growing popularity of T20 cricket or an attempt to spread the game. But this time the number of teams participating in the World Cup was increased. For the first time, 16 teams took part in the T20 World Cup. Like every time, India and Pakistan came out as contenders for the title. When West Indies came out to defend the title, Australia was still looking for their first title. Sri Lanka had lost the final twice and were under pressure to prove that it was not a bran. At the same time, there was pressure on AB de Villiers to remove the bran stain on South Africa. Altogether one pomegranate and a hundred sick…

The formal start of this World Cup played in Bangladesh took place on 16 March. But the real match i.e. the second round of the tournament was played from March 21. This second round started with the Indo-Pak match. The Indian team could not even reach the semi-finals in the last three World Cups. Because of this, she was not going to leave any stone unturned this time. Team India trampled Pakistan very easily in their very first match, which was no less than a final. Pakistan’s team, which won the World Cup four years ago, could only score 130 runs in front of India. India won the match with one over remaining.

Ashwin-Virat win in the semi-finals
This winning streak of Dhoni Brigade went on for a long time and they reached the semi-finals after winning all their four matches. They beat West Indies by 7 wickets, Bangladesh by 8 wickets and Australia by 73 runs. This victory of huge margin was telling how desperate India was for the title this time. In the semi-finals they faced South Africa. The match was tough, but Ravichandran Ashwin’s bowling and Virat Kohli’s batting made it easy. Ashwin took 3 wickets and Virat played a beautiful innings of 72 runs.

From the other end, Sri Lanka once again entered the final. This was the third time in five T20 World Cups, when Lanka were going to try hard for the title. He demolished the challenge of defending champions West Indies in the semi-finals.

Batsmen broke their hopes of winning the World Cup
After this came the date of 6 April. When the final was played between the teams of India and Sri Lanka. In the presence of MS Dhoni, Yuvraj Singh, Rohit Sharma, Virat Kohli, the Indian team was a strong contender for the title. And Sri Lanka was in front as an under achiever. The match started with India’s batting. And it was India’s batting, for which this match should be remembered. The Sri Lankan bowlers, considered relatively weak, caught such line-lengths that the Indian batsmen got numb. Barring Virat Kohli, not a single Indian batter could face Sri Lankan cheetahs properly. Virat scored 77 runs off 58 balls. But you must also know the scores of other batsmen.

Opener Rohit Sharma was dismissed for 29 runs off 26 balls and Ajinkya Rahane scored 3 runs off 8 balls. Watching Yuvraj Singh’s batting reminded me of the test match. He scored 11 runs off 21 balls. Captain Dhoni had 4 runs in 7 balls in his account.

The result of slow batting of Yuvraj, Dhoni, Rohit and Rahane was that India could score only 130 runs in 20 overs. The target of 131 in T20 cricket is not big until the team in front surrenders. Sri Lanka did not do this. He easily achieved the target losing 4 wickets. In this way, India could not bring it with them even after reaching very close to the trophy.
Rest is history.