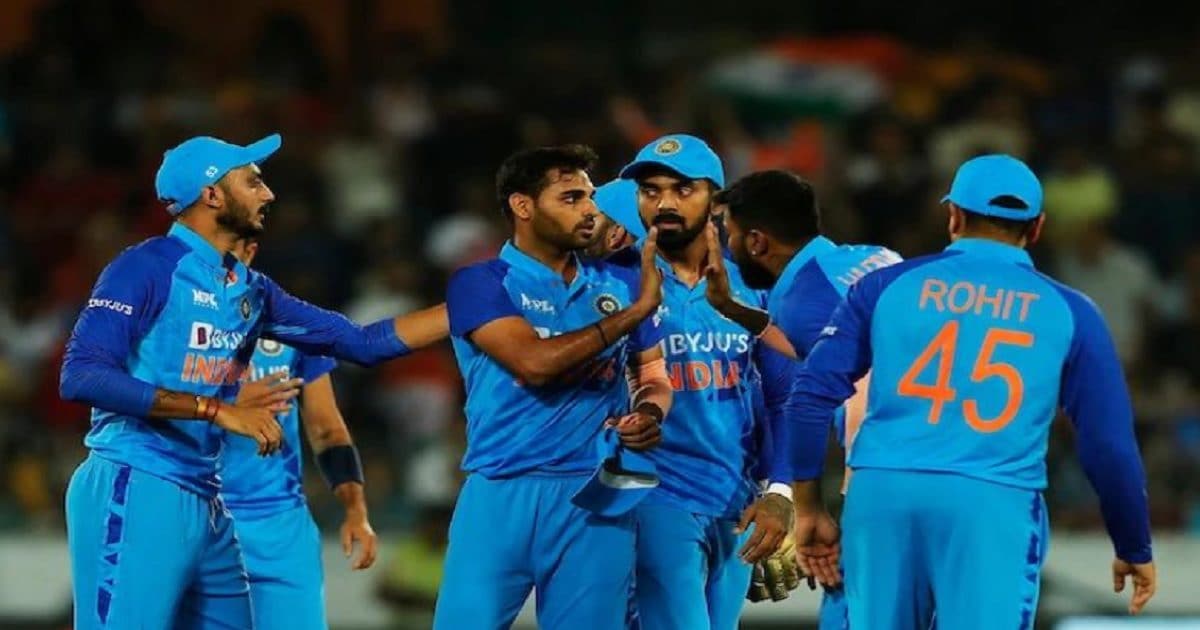 Who will lead the pace attack in the absence of Jasprit Bumrah?

Mohammed Shami or Deepak Chahar? who will be bumrah replacement

Indian fast bowlers have less experience of playing in Australia

New Delhi. Team India easily defeated South Africa by 8 wickets in the first T20 held in Thiruvananthapuram. In the first 15 balls, the match came in India’s fist. In the absence of senior bowlers like Jasprit Bumrah and Bhuvneshwar, Deepak Chahar and Arshdeep Singh took the new ball and within 20 minutes of the start of the match, half the team of South Africa showed the way to the pavilion. Arshdeep (3/32) and Deepak (2/24) bowled excellent swing with the new ball. The pair got good support from Harshal Patel (2/26) in the middle over. India’s pace attack looked effective in this match. However, such conditions and wickets will be found in the T20 World Cup to be held in Australia, it is hardly possible. But, the Indian team management will be happy about how the young fast bowlers took advantage of the conditions in Thiruvananthapuram.

There is no doubt that there will be bounce for the fast bowlers on the wickets of Australia. However, not only bowlers, but batsmen will also be able to take advantage of this. The ball will come on the bat better. In such a situation, it will be easier to play the shot. However, these conditions will present a different kind of challenge for the Indian pace battery.

Big responsibility will be on the shoulders of Bhuvneshwar
The news of Jasprit Bumrah being ruled out of the T20 World Cup due to a stress fracture is a big blow to India’s hopes. Who will lead the Indian pace attack in Bumrah’s absence? This is the biggest question before the Indian team management. Bhuvneshwar Kumar is a senior bowler. In this way he can handle this responsibility.

Bhuvneshwar has played only 3 T20s in Australia. The conditions there will not be very favorable for swing bowling. In such a situation, how effective Bhuvneshwar will be during the T20 World Cup, it has to be seen.

Arshdeep has bowled well in the death overs.
If Bumrah does not play the T20 World Cup, then Arshdeep Singh can get a chance in the playing XI as a death over specialist. Arshdeep made his T20 debut in July this year. He has played only 12 matches so far. But, as a bowler, he has gotten better with every match. He is bowling well in the death overs and in the Thiruvananthapuram T20 against South Africa, he showed how effective he can be with the new ball as well. He is swinging the ball smoothly both in and out.

Being a left-arm pacer, Arshdeep can prove to be very effective if the conditions in Australia are favorable for bowling even a little swing. However, Arshdeep will also play in Australia for the first time. In such a situation, T20 World Cup will be a big challenge for them.

Harshal does not have experience of playing in Australia
Harshal Patel is also a specialist player of T20. He can contribute with the ball as well as with the bat. But, like Arshdeep, he too does not have the experience of playing in Australia. He will also play there for the first time. Now it has to be seen how amazing his slow ball can show on the bouncy wickets of Australia.

Is BCCI’s negligence or haste? Who is responsible for Jasprit Bumrah’s exclusion from the T20 World Cup?

Chahar or Shami? Who will be Bumrah’s replacement?
There is also a question before the Indian team management that who will be the replacement of Bumrah? Deepak Chahar and Mohammed Shami are there as standby players. Chahar can bowl well with the new ball and can also hit big shots down the order. But, his bowling style largely matches that of Bhuvneshwar Kumar.

In such a situation, Mohammed Shami can be a better option as a replacement for Bumrah. But, the problem with him is that he has not played a match in this format since last year’s T20 World Cup.

He got a place in the selected T20 team against Australia and South Africa. But, due to Corona, he got out of the series. However, now his corona report has come negative. Now it has to be seen what the selectors decide. Because before the T20 World Cup, now India has to play only two matches.