‘Thank you my love for always supporting me..’ Virat Kohli gave a cute reply on Anushka Sharma’s post 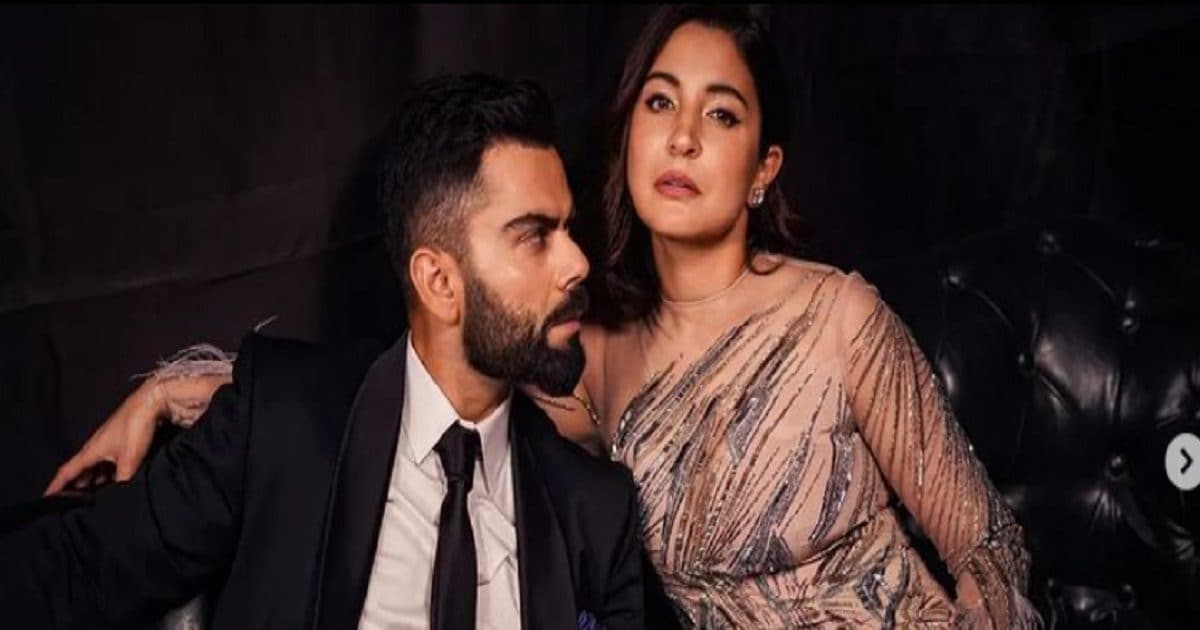 Team India achieved a thrilling victory on the last ball

With this, Team India made a winning start in the T20 World Cup.

New Delhi. Virat Kohli’s mighty innings (82 runs) helped India beat Pakistan by four wickets in a thrilling last-ball match at the Melbourne Cricket Ground (MCG) on Sunday (23 October). Chase Master Kohli scored an unbeaten 82 off 53 balls to help India win the Super-12 game of the ongoing T20 World Cup. Chasing a target of 160 against Pakistan, India were on the verge of losing after being reduced to 31 for 4 in 6.1 overs.

But Kohli’s magical innings kept him till the last ball of the match and in the end the team won a thrilling victory. With this, he made a winning start in the T20 World Cup. On this match-winning innings of Virat Kohli, his wife and Bollywood star Anushka Sharma has posted an emotional insta with this victory, which has become viral on social media.

In this post Anushka writes, “You are beautiful!! you are so beautiful!! You have brought a lot of happiness in people’s lives tonight and that too on the eve of Diwali! You are a wonderful wonderful man my love. Your patience, determination and faith are mind boggling!!”

Virat has given a loving reply. (Photo Credits: Instagram @anushkasharma)

Anushka Sharma further wrote, ‘I have just seen the best match of my life that I can say and although our daughter is too young to understand why her mother was dancing and screaming wildly across the room , One day she will understand that her father played his best innings that night, after a phase that was tough for him, but he turned out to be stronger and wiser than ever! Proud of you!! Your strength is infectious and you are my love, boundless!!”

Emotional Virat Kohli told the audience present in the stadium THANKS, said – when I was struggling…

Kohli gave a loving reply
Soon after Kohli’s magical knock, Anushka wrote on Instagram, “Love you forever and thru thick and thin.” Kohli, who was busy with the post-match presentation after India’s win over Pakistan, later responded wholeheartedly to Anushka’s post.

Kohli commented on the post, “Thank you my love for being with me in everything every moment. I am very grateful and love you very much.” Vidya Balan, Karthik Aryan, ABD Billiers, Pooja Hegde and Katrina Kaif have also responded by making heart emojis on Anushka’s post. One fan wrote on Kohli’s comment, “King for a reason,” while another fan posted a heart emoji for the India batsman’s reply to Anushka’s post.

Kohli changed gear after scoring 50 runs
Talking about Kohli’s innings, he completed his half-century in 43 balls but changed his gear beautifully to score 32 runs in the next 10 balls and made crores on Diwali as a memorable Diwali gift to cricket fans.

Share
Facebook
Twitter
WhatsApp
Linkedin
Email
Telegram
Previous articleSigns of brain stroke start appearing months before, do not make the mistake of ignoring
Next articleVIDEO: ‘We are bursting firecrackers here and you needlessly TV…’ Virender Sehwag has fun with Pakistan