VIDEO: A catch from South Africa snatched the dream of the World Cup, his own player hunted 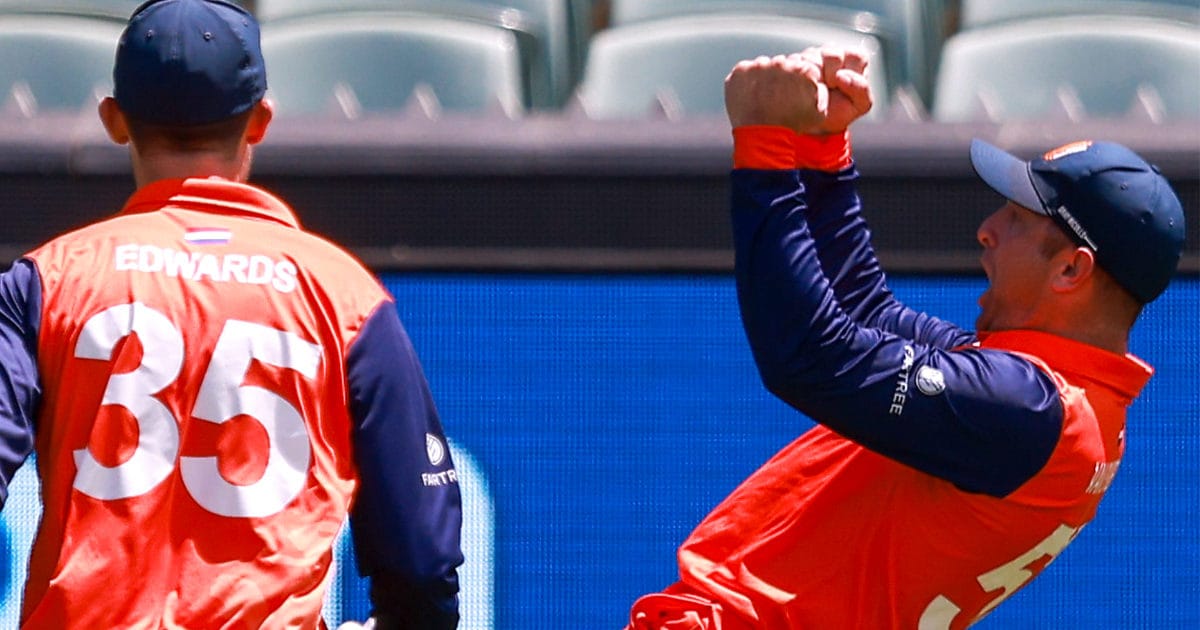 Lost in 2, match against Zimbabwe was canceled due to rain

New Delhi. David Miller is one of the finest batsmen of South Africa. He led the team to victory by scoring an unbeaten half-century against India. But in a match on Sunday (SA vs NED), he could not perform much. The team is out of the T20 World Cup after losing to the Netherlands. Playing first in the match, Netherlands scored 158 runs for 4 wickets. In reply, South Africa’s team could only score 145 runs for 8 wickets. No batsman of the team could reach the 30-run mark. Captain Temba Bavuma scored the highest 25 runs. Fast bowler Brendan Glover took 3 wickets for 9 runs in 2 overs.

South Africa’s score was 112 for 4 after 15.1 overs. In such a situation, South Africa was looking ahead in the match. But on the second ball of the over, David Miller tried to play a big shot. Meanwhile, Van der Merv, standing at short fine leg, took a brilliant catch while running back. From here the match completely turned. It is known that Merv played the 2009 and 2010 T20 World Cup from South Africa. Later moved to Netherlands.

Visit https://t.co/8TpUHbQikC today to see if this could be a Crictos of the Game. pic.twitter.com/zABUCFTlw1

Good record as an all-rounder
The 37-year-old all-rounder Van der Merwe has the best record in T20 Internationals. He has so far scored 465 runs in 52 matches at an average of 21. Has scored 2 fifties. He played the biggest innings of 75 not out. This left-arm spinner has taken 56 wickets at an average of 19. 4 wickets for 35 runs is the best performance. He has scored 2853 runs in 286 matches of overall T20 with 10 half-centuries. Have also taken 254 wickets. 5 wickets for 32 runs is the best.

PAK vs BAN: Pakistan got the benefit of poor umpiring, Bangladesh captain could not open account