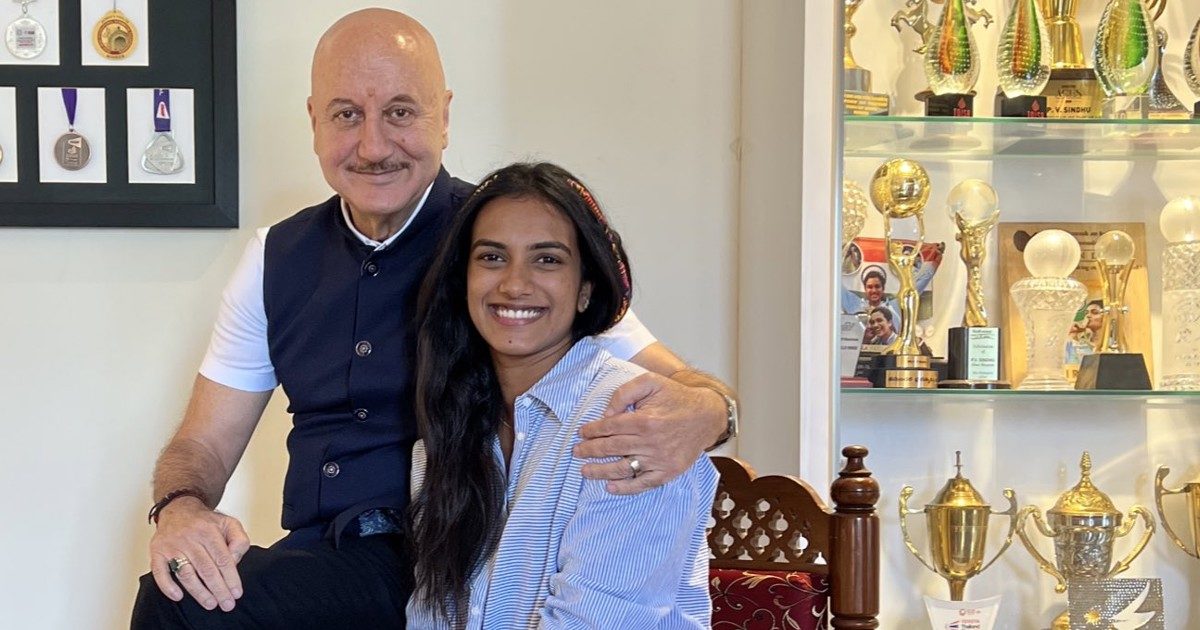 PV Sindhu is a two-time Olympic medalist. He took silver at the 2016 Rio Games.

Sindhu won the bronze medal at the 2021 Tokyo Olympics.

Won the gold medal in the Commonwealth Games held in Birmingham.

New Delhi. Bollywood veteran Anupam Kher recently visited badminton champion PV Sindhu at her home, where he met Sindhu and saw the trophies won by her. Anupam Kher was surprised to see a large number of trophies at the home of two-time Olympic medalist PV Sindhu.

Actor Anupam Kher has shared the video of this meeting on his Twitter. In which he is seen saying that hey there is no space left in your house due to trophies. Trophies and cups are kept all over the house. Sindhu laughs out loud at this. Then Anupam says, “Well tell me which is your first trophy you won..”

AMAZING: I had the privilege of visiting Champ @pvsindhu1‘s home.She very humbly gave me a tour of her achievements, awards and trophies! Right from the age of 8! This is the daughter of our India. This is the pride of our country. Jai Ho! Jai Hind! #YouthIcon pic.twitter.com/gk1ooybScE

Anupam Kher said – this is our daughter, the pride of our country
Anupam says, “There are many awards in my house too, but this one is amazing. There is not even a single place left here.” After this, PV Sindhu introduces Anupam Kher to all his awards won. Anupam Kher shared the video and wrote, “This is amazing. Recently I had the privilege of visiting badminton champion PV Sindhu’s house. He very politely told me about his achievements! From the age of 8, he has won awards! I was totally impressed by their awards, trophies and humility! This is the daughter of our India. This is the pride of our country. Here is our inspirational HERO! Jai Ho! Jai Hind!”

VIDEO: Arshdeep Singh revealed, how did all the work of South African batsmen..?

VIDEO: ‘You will always be a GOAT for me’, know which player Virat Kohli said to

Sindhu wrote – Good luck meeting you
On the other hand, PV Sindhu also shared a picture with Anupam Kher on her Instagram and wrote in the caption, “Had the privilege of spending time with one of the all-time greats of Indian cinema. Laughter, memories and quality conversation. what an honor.”

Let us tell you that, PV Sindhu is a two-time Olympic medalist, she won silver in 2016 Rio Games and bronze in 2021 Tokyo Olympics. During the Commonwealth Games in Birmingham, he injured his ankle, even after that he won the gold medal.