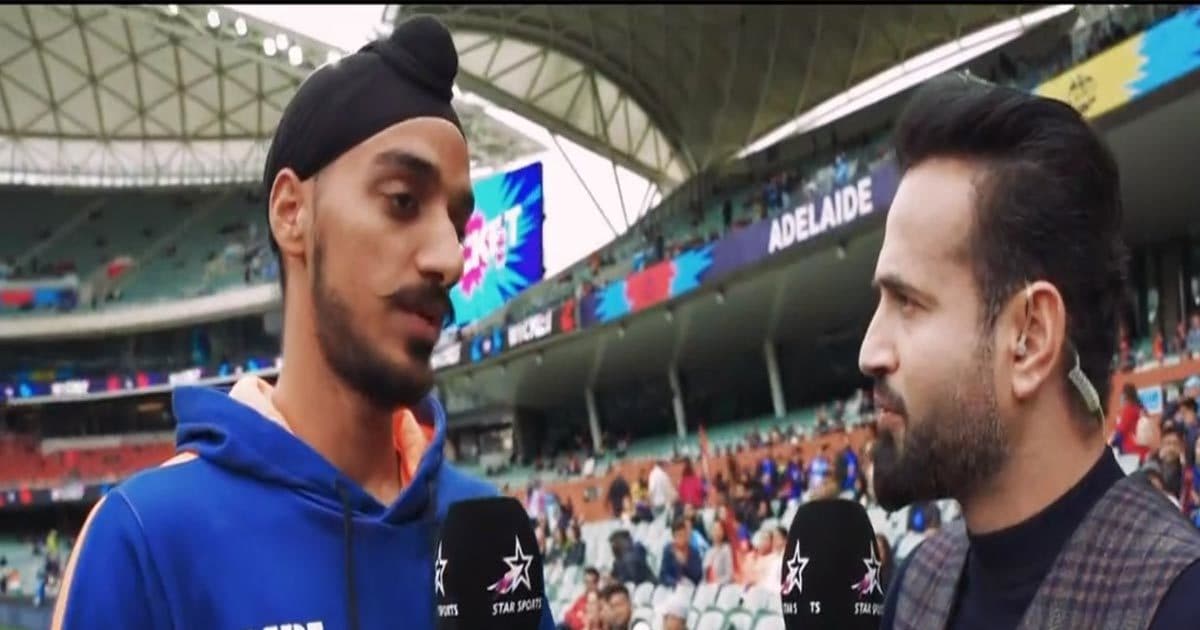 New DelhiThe Indian team is performing well in the T20 World Cup 2022. Young fast bowler Arshdeep Singh has played an important role in this spectacular performance of Team India. Arshdeep has become a regular member of Team India in just four months after making his debut in the T20 series against England. Arshdeep Singh, who is in the news for his brilliant performance, has revealed that he has prepared himself by watching the bowling of former veteran all-rounder Irfan Pathan on YouTube.

Talking on Star Sports, Irfan Pathan asked Arshdeep Singh, ‘I have been following you since under 19, what have you worked on the most’? Responding to this, Arshdeep said, ‘The most work I have done is to watch your videos on Paaji YouTube and it has helped me a lot.’

Arshdeep further said, ‘My focus is always on consistency. I like to bowl with both new and old balls. I want to take wickets as per the requirement and control the runs.

With love, from a proven world champion to Team India’s latest in the ICC Men’s #T20WorldCup 2022!#BelieveInBlue and join the conversation with @arshdeepsinghh and @IrfanPathan on #FollowTheBlues,

Let us tell you that Arshdeep Singh is bowling brilliantly in the World Cup. He has so far taken nine wickets in the T20 World Cup. He dismissed captain Shakib Al Hasan and Afif Hossein in the match against Bangladesh. If Team India plays till the end in this tournament, then Arshdeep can undoubtedly become the highest wicket-taker of this year’s World Cup.