VIDEO: Before Rohit, Yuvraj and Harbhajan have also celebrated such a celebration with Virat 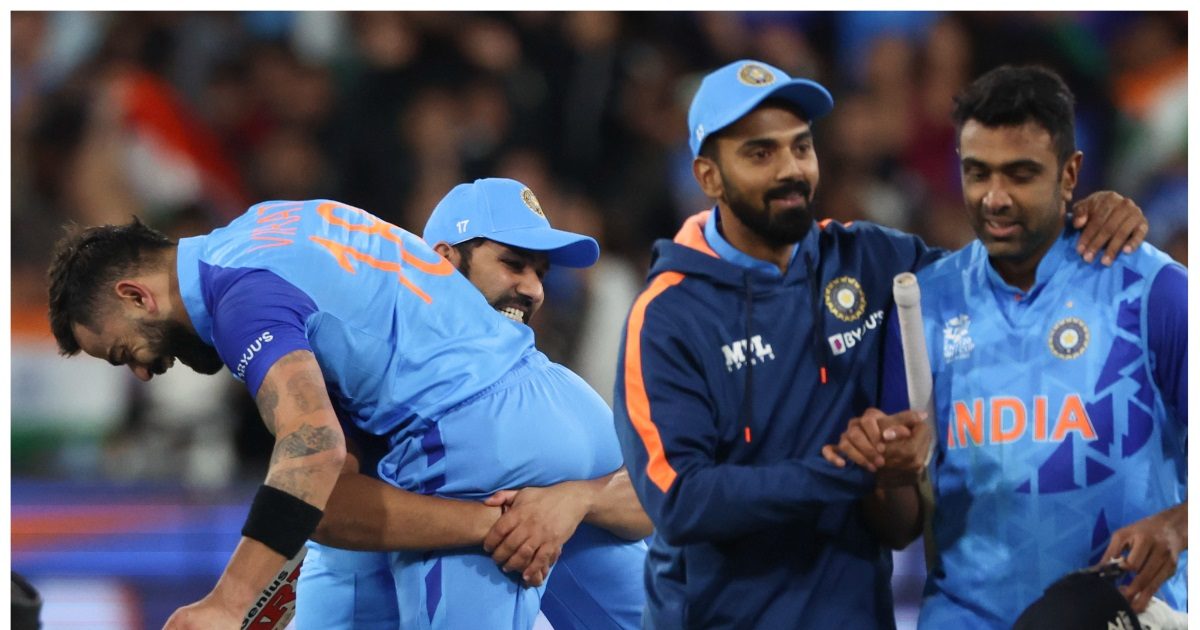 Virat Kohli played a brilliant innings of 82 runs in 53 balls.

Virat Kohli hit 6 fours and 4 sixes in his innings.

New Delhi. Virat Kohli played an incredible innings of 82 runs in just 53 balls against Pakistan to lead India to a four-wicket win in the T20 World Cup 2022 at the Melbourne Cricket Ground (MCG) on Sunday (October 23). After the match, Rohit Sharma along with his teammates joined the celebration and lifted the Indian captain Kohli on his shoulder and jumped with joy. This celebration video of Virat and Rohit became fiercely viral on social media. The euphoric celebrations after the match against Pakistan have reminded Indian cricket fans of old videos of Yuvraj Singh, Harbhajan Singh and Virat Kohli.

Former all-rounder Yuvraj Singh was the first to come up with a way to celebrate by carrying Virat Kohli on his back in 2014. When India defeated South Africa by six wickets in the T20 World Cup semi-final, Yuvraj Singh celebrated by carrying him on his shoulder. Kohli played a match-winning innings of 72 (not out) in that match.

After this, former spinner Harbhajan Singh celebrated in the same manner by lifting Virat Kohli on his shoulder after his brilliant innings of 82 not out against Australia in the T20 World Cup in Mohali in 2016. Now Rohit Sharma has celebrated in Yuvraj and Harbhajan style after Virat Kohli’s match-winning innings against Pakistan in the ICC T20 World Cup 2022. The video of these three players celebrating in the same style with Virat Kohli is becoming fiercely viral on social media.

Let us tell you that Pakistan, led by Babar Azam, batted first and put a score of 159 runs on the scoreboard. Left arm pacer Arshdeep Singh quickly took two wickets and brought the Pakistan cricket team under pressure. However, Shan Masood and Iftikar Ahmed shared a crucial 76-run partnership to take the team to a respectable score. Arshdeep Singh and Hardik Pandya took 3 wickets each.

After losing both their opening batsmen within the first four overs, India’s run chase suffered a major setback in the beginning. After this, Kohli and Pandya skillfully faced the Pakistani bowlers and shared a much-needed partnership of 113 runs. However, Hardik Pandya went back to the dressing room after scoring 40 runs, but his runs were very important.

A message from Rohit Sharma … and Team India’s Diwali plan canceled, know what the captain said to the players?

On the other hand, Virat Kohli continued his attack and hit 6 fours and 4 sixes to secure a much-needed victory for India on their T20 World Cup journey. The Rohit Sharma-led team will take on Netherlands in their next match on Thursday.

PAK vs ENG: England cricket team stuck in Pakistan? 14 members in the grip of ‘unknown virus’