VIDEO: Ben Stokes eating all four on the ball like a serpent 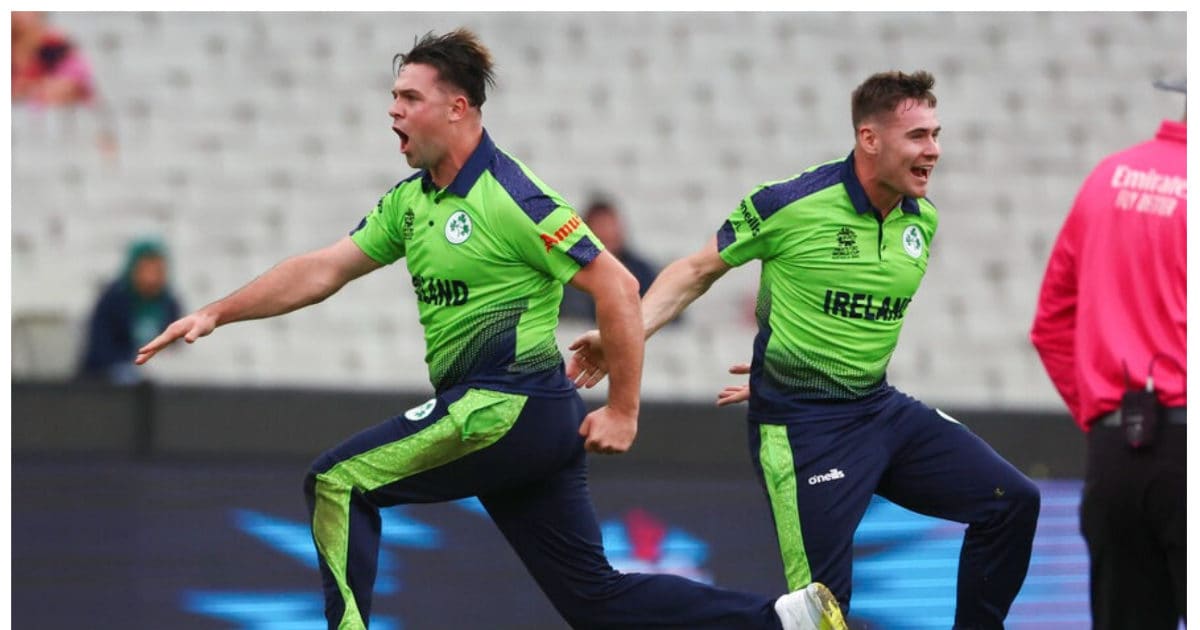 Stokes was bowled on the inswing ball of the hand.

New Delhi. England had to face defeat by five runs under the Duckworth-Lewis rule in their second match of the T20 World Cup 2022. During the match, the Irish bowlers were seen in great rhythm. Josh Little showed both the English openers the way to the pavilion. At the same time, Fionn Hand forced star all-rounder Ben Stokes to go to the pavilion while bowling. Stokes being bowled was a big setback for the English team.

In fact, the English team was going through a very difficult situation after losing both their openers for just 14 runs. The team had high hopes from Ben Stokes, who came to bat at the fourth order here, but he also went on the pavilion cheaply. For the Irish team, the sixth over fast bowler was putting the hand. Stokes dodged on the very first ball of this hand over. The result was that he had to get bowled on this inswing ball and approach the pavilion.

Ben Stokes faced a total of eight balls against Ireland. During this, six runs came off his bat. At the same time, Hand bowled a total of two overs for his team in this match. During this, he took one wicket while spending 17 runs at an economy of 8.50.

Share
Facebook
Twitter
WhatsApp
Linkedin
Email
Telegram
Previous articleExclusive-Two in Five US Voters Worry About Intimidation at Polls -Reuters/Ipsos
Next articlePolitics or U-turn in the name of gods and goddesses? BJP-Congress’s reply to Kejriwal over the pictures of Lakshmi-Ganesh on the notes