VIDEO: Iftikhar hits the longest six of the T20 World Cup, sends the ball 106 meters away 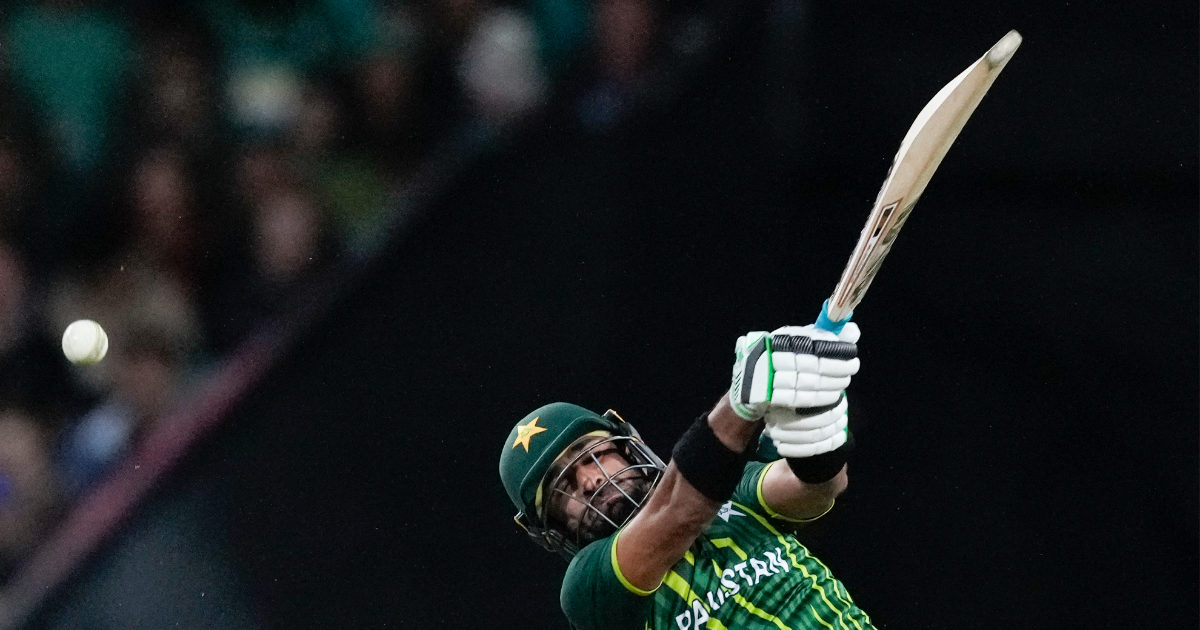 Iftikhar had also scored a half-century against India

New Delhi. Iftikhar Ahmed once again brought Pakistan out of trouble by scoring a half-century on the crucial occasion. In a match of T20 World Cup, the team was struggling against South Africa for 43 runs by losing 4 wickets. After this, Iftikhar not only played an excellent innings, but also took the score beyond 180 runs by sharing half-century with Mohammad Nawaz and Shadab Khan. Playing first, Pakistan has scored 185 runs for 9 wickets. Earlier, the team has lost 2 out of 3 matches. If the team loses this match, it will be out of the tournament.

Iftikhar Ahmed took over the team after scoring 51 runs against India too after a poor start. On Thursday, he scored 51 runs off 35 balls against South Africa. Strike rate was 146. Hit 3 fours and 2 sixes. In the 16th over of the innings, he hit a six of 106 meters. This is the longest six of the current T20 World Cup. On the fourth ball of the over, he hit this six on the leg side. Earlier, David Miller of South Africa had hit the longest six of 104 meters against India.

PAK vs SA: The way for Pakistan’s victory has been opened, South Africa’s winner is out