VIDEO: Mike in the hand holding the spear, Golden Boy made a lot of Garba Raas with the fans 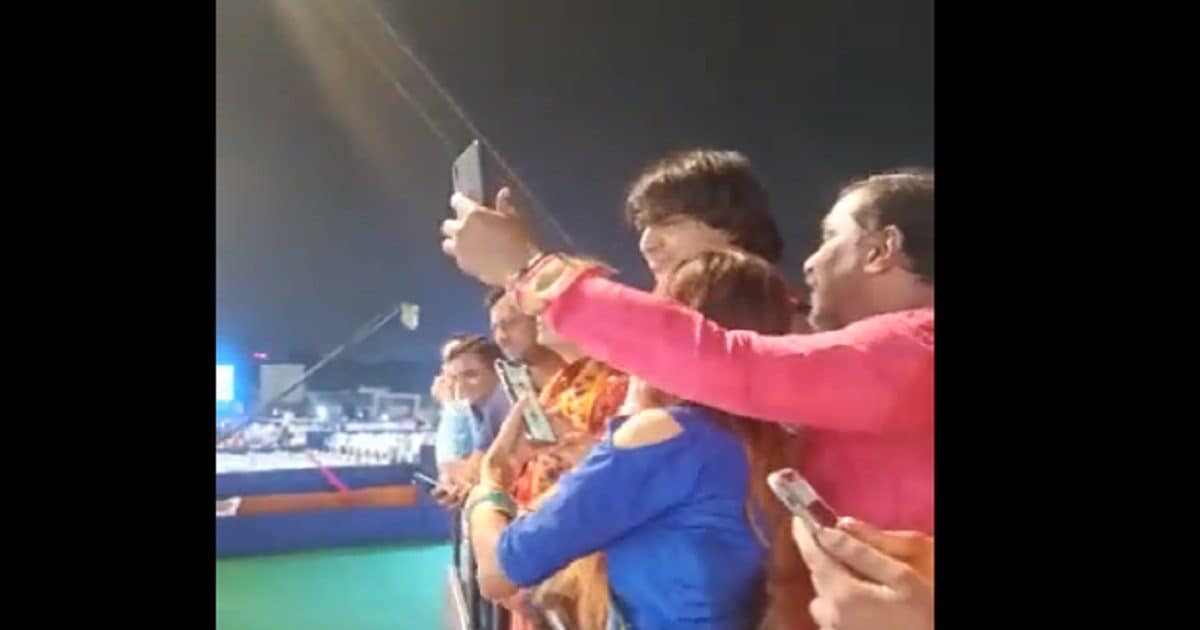 Neeraj Chopra did Garba with fans

Neeraj will not participate in the 36th National Games

New Delhi. Neeraj Chopra, who has made the country proud in the Olympics, World Athletics Championship and Diamond League, never misses any chance to enjoy the moments of leisure. Something similar happened in Baroda, when this athlete reached this city before the 36th National Games. Neeraj was first warmly welcomed here and then he did garba with his fans. Its video is going viral. Seeing this, it is known that the people of the country love any cricketer as much as they love Neeraj Chopra, who created history in Tokyo Olympics. It should be so. Because Neeraj has strengthened the country’s identity worldwide in track and field. In such a situation, the craze of cricket players is visible about them, so no one is surprised in this.

Now that the stage was different, Neeraj’s style also changed. When he reached Baroda, he did not forget to go among his fans immersed in the gaiety of Navratri. The enthusiasm of the fans who were doing garba after finding the favorite star among them also reached the peak. Neeraj also did not disappoint the fans. Neeraj, who arrived wearing a traditional outfit, performed garba with the fans. Fans were also seen shouting slogans in between – Garam hot siro, Neeraj bhai hero.

Olympic Gold Medalist and World Champion @Neeraj_chopra1 joins in to enjoy garba in #Vadodarawhich is part of the Navratra celebrations in Gujarat, during his visit for the #36thNationalGames pic.twitter.com/Zj0UDpbw3l

The enthusiasm and celebrations at the garba ground multiplied when he surprised his fans at the spot#36thNationalGames #NationalGames2022 pic.twitter.com/VYxyhIFwIM

Neeraj did garba with fans
Neeraj looted the gathering here too and seeing the way he did garba, it did not seem that it was new for him. Neeraj also held the mike after performing Garba and talked to his fans present in thousands.

VIDEO: Hey what is this… Golden Boy Neeraj reached the height of the sky directly from the beautiful plains of Switzerland

Neeraj will not participate in the National Games
Earlier, after winning the Diamond League Finals, he had announced that I am not participating in the National Games this year. This athlete said that according to my schedule at the beginning of the year, this was my last event of the season. I would have participated in the Asian Games around this time, but they got postponed due to Corona. So, my season ended with the Zurich event.

Recently the dates of the National Games were announced. I consulted my coach and he advised me to rest. So that I can keep myself fresh and fit for the next season. Prime Minister Narendra Modi will inaugurate the 36th National Games in Ahmedabad on 29 September (Thursday).