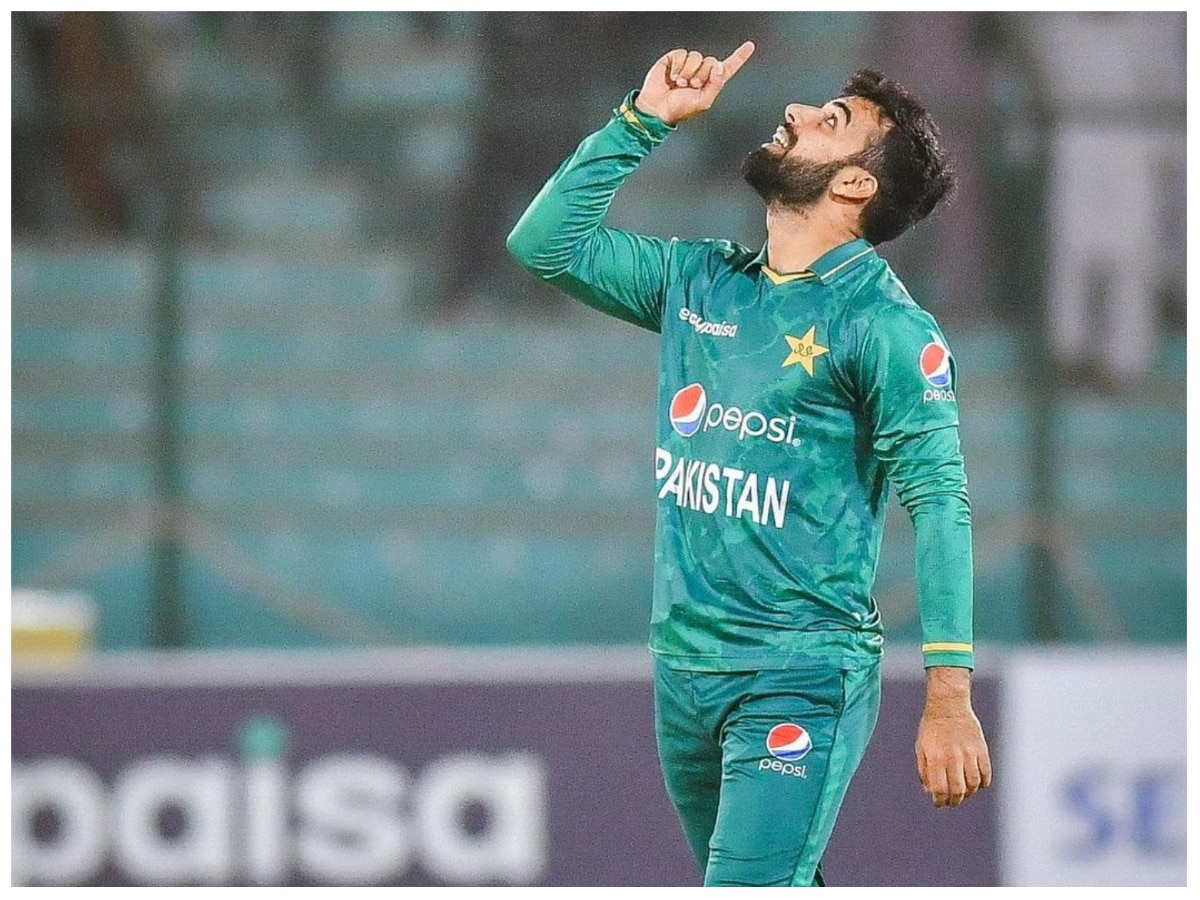 New Delhi. Pakistan had put Sri Lanka in trouble at one point in the final of the Asia Cup 2022. Sri Lanka’s score was 67 runs for the loss of 5 wickets, but after this Bhanuka Rajapaksa showed a strong game and turned the result in his favor. Sri Lanka defeated Pakistan by 23 runs to win the Asia Cup title for the sixth time. In this thrilling match, many special moments were seen on the field, but in the midst of all this, Shadab Khan did something that brought a smile to everyone’s faces. Shadab Khan was seen trying to raise the umpire’s finger on the field, on which even the umpire could not stop laughing.

In the Asia Cup 2022 final, Pakistan won the toss and decided to bowl first. Naseem Shah ducks Kusal Mendis on the first ball. After this, Harris Rauf showed the way to the pavilion with his dangerous delivery to Pathum Nisanka and Danushka Gunatilka. Captain Babar Azam took a difficult catch to dismiss Nisanka, while Gunatilka was dismissed with a perfect inswinger.
Shikhar Dhawan can captain IND vs SA ODI series, know which players will get rest

In fact it was a splendid over from Rauf, in which he bowled a superb six deliveries. In this over, he almost made Bhanuka Rajapaksa lbw, but due to the umpire’s call, he survived being out lbw. Meanwhile, Shadab Khan went to the umpire and tried to forcefully raise his finger. The clip was shared by fans of Pakistan on social media. However, all this was done by Shadab for fun. The umpire was also seen laughing at this.

Shadab khan trynna get batsman out from umpire #PAKvSL pic.twitter.com/Fj34M8YTX0

Let us tell you that for this match, Sri Lanka did not make any changes in their playing XI, while Pakistan made two changes to Naseem Shah and Shadab Khan. Sri Lanka had earlier defeated Pakistan by 5 wickets in the Super 4 round match. In such a situation, he wanted to play with the same team.

Sri Lanka is the host of this Asia Cup, but the tournament had to be shifted to the United Arab Emirates due to security reasons. In fact, Sri Lanka has been facing political and economic instability for some time now. In such a situation, the tournament could not be played in Sri Lanka.

Share
Facebook
Twitter
WhatsApp
Linkedin
Email
Telegram
Previous articleBurn fat with Tabata workout, know its benefits and the right way to do it
Next articleManeka Gambhir had arrived late at night on the notice of ED, got lock on the office