VIDEO: This dance video of Dhanshree created a blast on the World Cup Song, boosted the spirit of Team India 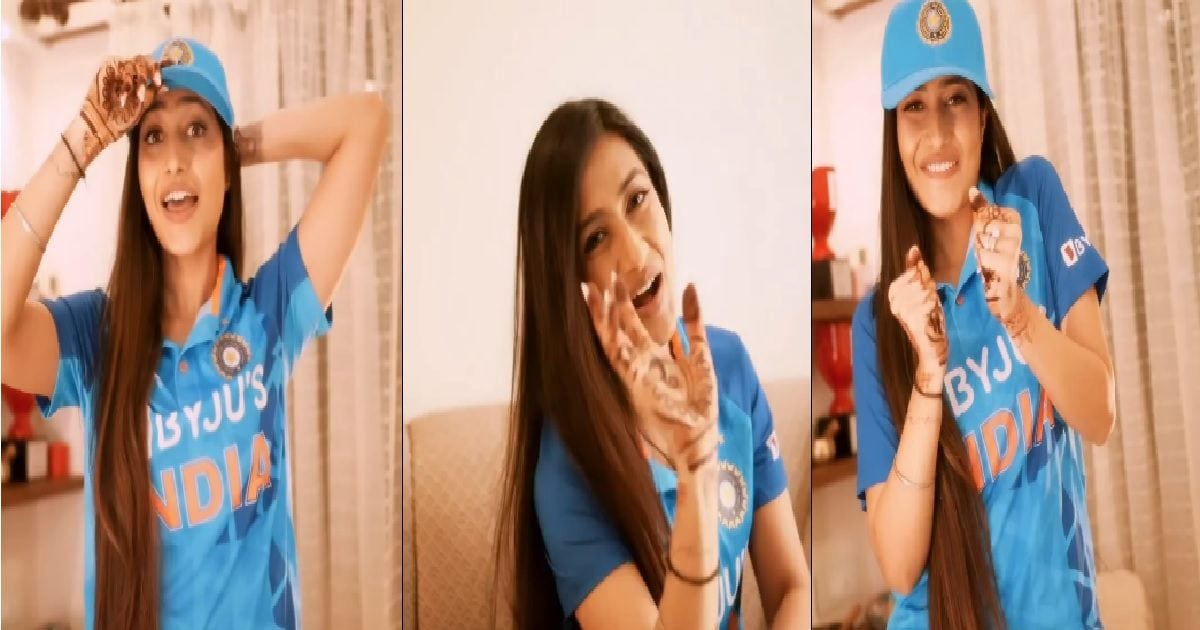 The first cricketer Yuzvendra Chahal shared a video of himself, which was liked by the people.

These days the Indian cricket team has reached Australia for the T20 World Cup.

New Delhi. The Indian cricket team is in Australia these days for the World Cup. India’s first match is against Pakistan on 23 October, which will be played in Melbourne. In this sequence, like every time, Indian spinner Yuzvendra Chahal’s wife Dhanshree has shared a reel on the World Cup song to encourage Team India. However, before Dhanshree, her husband Yajuvendra Chahal made a video on this song and shared it, which was very much liked by the people.

Chahal has shared the World Cup song on Instagram. In the shared video, Chahal is seen preparing for the World Cup. He is seen practicing fiercely during practice. After this, he is seen meeting his other colleagues in the ground. The video shared by Yujuvendra Chahal on social media. His words are ‘Bal chala, six chala laga… Yeh cup hamara hai ghar lekar aa…’ People are liking and sharing this video of Chahal very much.

Chahal’s wife Dhanashree has also shared this song from her Instagram. However, making changes in this video, Dhanashree herself is seen dancing. During this, Dhanashree is also wearing a blue jersey. Let us tell you that this time Australia is hosting the T20 World Cup, which has started from 16 October.

However, qualifying matches are still being played. Team India’s first match is against Pakistan on 23 October. This match will be played just a day before Diwali. The Indian team has been placed in Group-B of Super-12. Apart from Team India, there are also Pakistan, Bangladesh and South Africa in this group.

Share
Facebook
Twitter
WhatsApp
Linkedin
Email
Telegram
Previous articleDonated 3 crores everyday for a year..! This famous industrialist became the biggest donor of the country
Next article4 films made on the same story, first Rajinikanth, then Anil Kapoor and Dhanush played the characters, now ready to remake for the 5th time