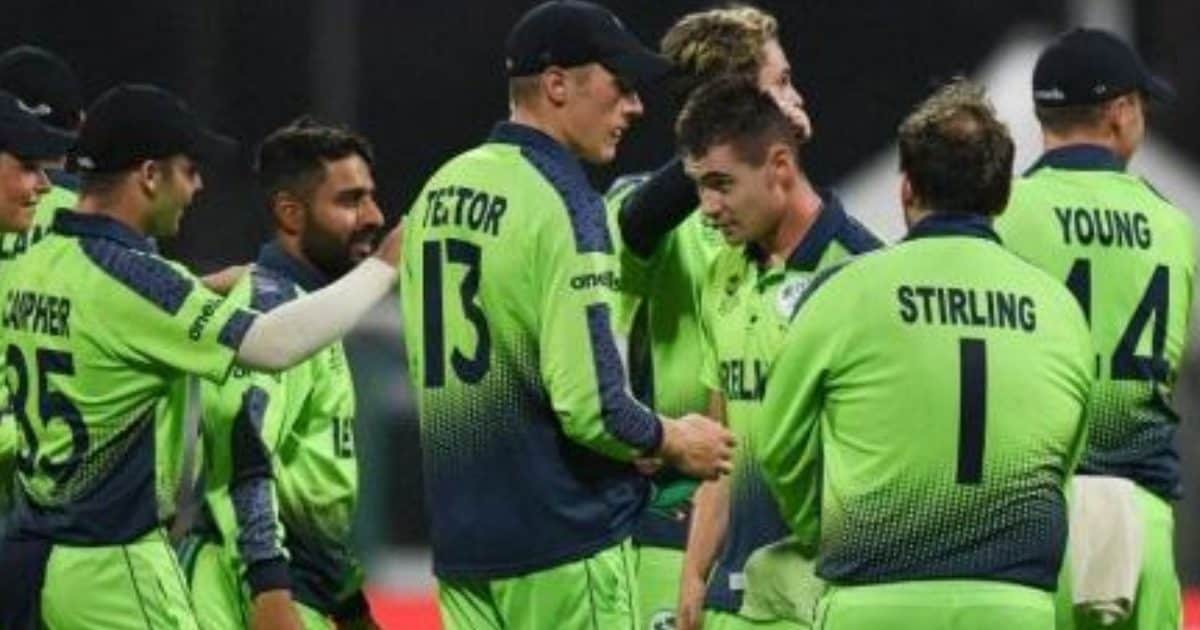 Ireland made a big upset by beating the Windies

Scotland had also given the wound of defeat to the Windies in the first match.

New Delhi. The Ireland cricket team has entered the Super 12 of the T20 World Cup with a bang. Today ie Friday (21 October) is a very special day for Ireland cricket led by Andrew Balbirnie. This team crushed two-time champion West Indies (IRE v WI) by 9 wickets and dropped them from the opening tour of the T20 World Cup. In the last five T20 World Cups, this team used to get out in the first round itself, but praise has to be given to the Irish players who not only won the match but also won the heart by performing well in all the departments in the crucial match.

For Ireland, this victory is important in many ways. He got this historic victory through a collective effort. Thanks to the tight bowling of spinner Gareth Delany, Ireland restricted the Windies team, who decided to bat first, to 146 for 5 wickets. Brandon King scored an unbeaten 62 off 48 balls for the Windies. Delany took 3 wickets for 16 runs in his quota of four overs. After this, on the unbeaten 66 of opener Paul Stirling, Ireland won the match by scoring 150 for one wicket with 15 balls to spare.

Stirling to the stands!

We can reveal that this 6 from Paul Stirling is one of the moments that could be featured in your @0xFanCraze Crictos of the Game packs from West Indies v Ireland.

Grab your pack from https://t.co/8TpUHbQQaa to own iconic moments from every game. pic.twitter.com/Np7zfM0jfK

Paul Stirling overtakes Porterfield
Paul Stirling also overtook William Porterfield during this period. Sterling has become the highest run-scorer for Ireland in the history of T20 World Cup. Now 311 runs have been registered in his name. Earlier, Porterfield had scored a total of 253 runs in the T20 World Cup, while Kevin O’Brien has 238 runs in his name. Niall O’Brien is fourth with 161 runs while Gary Wilson is at number five with 138 runs.

Share
Facebook
Twitter
WhatsApp
Linkedin
Email
Telegram
Previous articleBegusarai: Careful! On Diwali, if your sweets are adulterated, then identify the real and fake like this
Next articleGive the gift of financial freedom to parents on Diwali, invest in these schemes for pension and savings