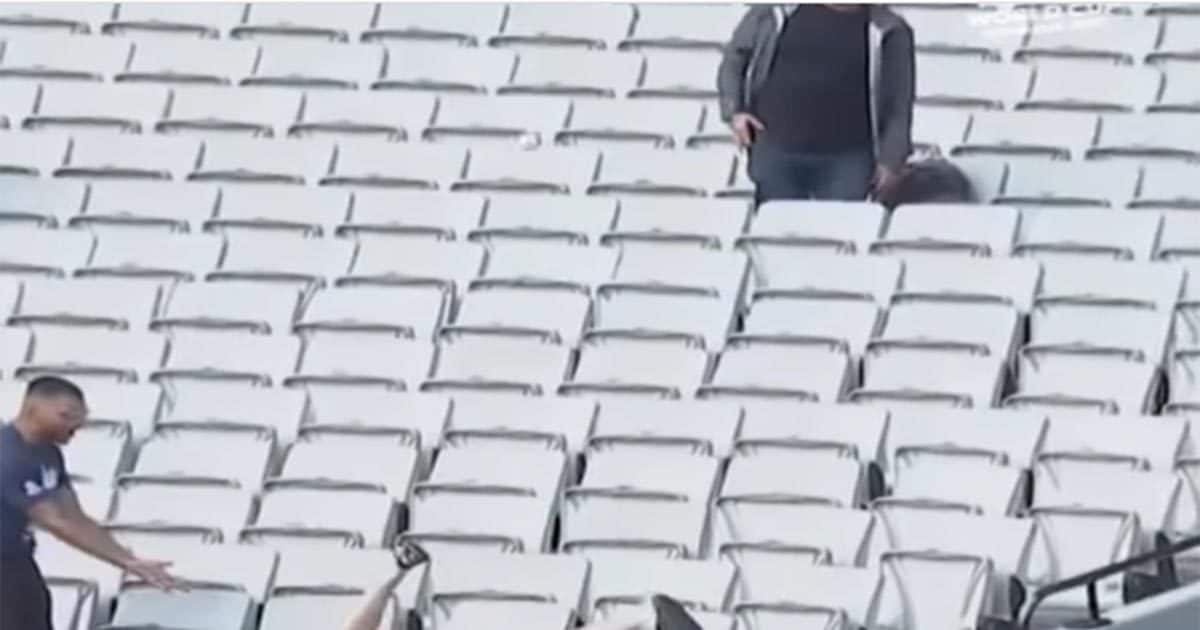 The young man fell on his head while trying to catch the catch.

New Delhi: The 20th match of the T20 World Cup 2022 was played between Ireland and England (England vs Ireland) in Melbourne on Wednesday. In this match, the Irish team won by five runs under the Duckworth-Lewis rule. During the match, Captain Andrew Balbirnie appeared in a great rhythm. He played a brilliant innings of 62 runs. During the match, a funny incident happened in the 15th over, when Balbirnie hit a brilliant six. In an attempt to catch this six, a young man fell face-to-face between the chairs in the stand.

This painful incident happened in the 15th over of the first innings, when England’s Sam Karen was bowling. Karen bowled the ball to captain Balbirnie, which Balbirnie hit for a six over deep square leg. A fan sitting in the stand tried to catch the catch, but he fell on his head. The good news was that the man was not hurt much. He was seen smiling after falling. This video is becoming fiercely viral on social media.

Talk about this match, after winning the toss and bowling first, the England team piled up Ireland for 157 runs in 19.2 overs. Balbirnie scored 62 runs. At the same time, Tucker played an innings of 34 runs. Curtis Kanfer scored 18 runs. Apart from this, no player from Ireland could touch the 15-run mark.

The England team, who came out to chase, lost wickets at frequent intervals. Captain Jos Buttler was dismissed without opening the account. At the same time, the other opener Alex Hales also could score only 7 runs.

David Malan, who came to bat at number three, contributed 35 runs. Bain Stokes scored 6 and Harry Brooke scored 18 runs. While Moeen Ali and Liam Livingstone were playing, it started raining, after which the match was called off. After some time Ireland was given a five-run victory under the Duckworth-Lewis rule. Moeen Ali remained unbeaten on 24 in 12 balls and Liam Livingstone scored one run in two balls in the match.