Watch: Bangladesh again a victim of wrong umpiring? Questions are being raised on giving LBW to Shakib 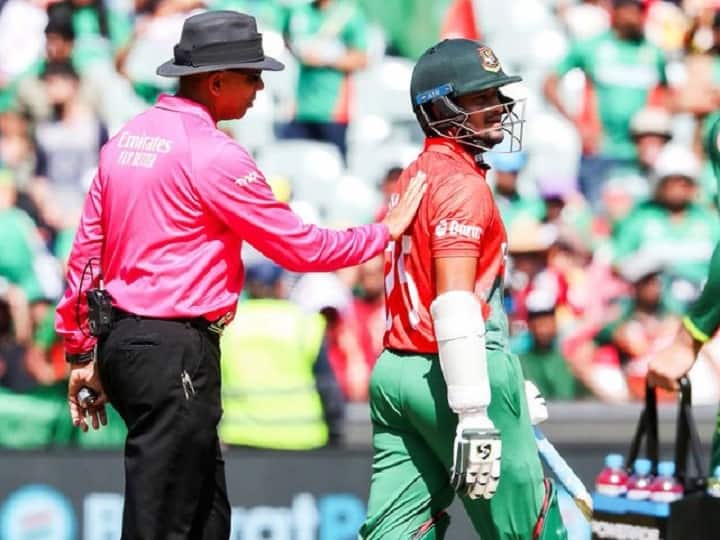 Shakib Al Hasan: Questions are being raised about umpiring once again in the T20 World Cup 2022 (T20 WC 2022). The special thing here is that this time also Bangladesh has suffered due to the decision of the umpire. It is worth noting that even during the match against India, some of the umpire’s decisions went against Bangladesh, about which there is a lot of debate going on for the last three days.

What’s the new case?
In the first innings of the match being played in Adelaide against Pakistan, Shakib Al Hasan had come to the crease and he tried to play a shot from the crease with the aim of getting a single off the very first ball. Here he missed and the ball started going on the pad. The Pakistani players appealed for LBW and the umpire gave Shakib out. Here Shakib immediately took the review. Shakib was convinced that the ball hit the pad after taking the edge of the bat.

Big moment in the match. Looked like Shakib Al Hasan edged it.

When the third umpire reviewed it, it was seen that when the ball passed near the bat, there was a movement in the snickometer, at the same time the bat was also very close to the ground. That is, the movement in the snickometer was either due to the ball hitting the bat or due to the bat hitting the ground. However, the third umpire found the ball hitting the bat here and gave Shakib out. Shakib was surprised by this decision and he also talked to the umpire about it but in the last he had to leave the field.

Shakib’s bat didn’t touch the ground at all. Just focus on bat’s shadow. There was a spike. It couldn’t have been anything else except the ball hitting the bat. Bangladesh at the receiving end of a poor umpiring decision. #PakvBan #T20WorldCup

Let us inform that earlier in the Bangladesh-India match, Bangladeshi team and fans were very angry due to starting the match on wet ground, giving wide by the umpire at the behest of Virat Kohli and not taking action on Kohli’s throw throw.

Share
Facebook
Twitter
WhatsApp
Linkedin
Email
Telegram
Previous article‘Thank you South Africa you are the biggest..’ Shoaib Akhtar took a jibe after the defeat to the Netherlands
Next articleTaliban kept information about the grave of founder Mullah Omar secret for 9 years, now disclosed