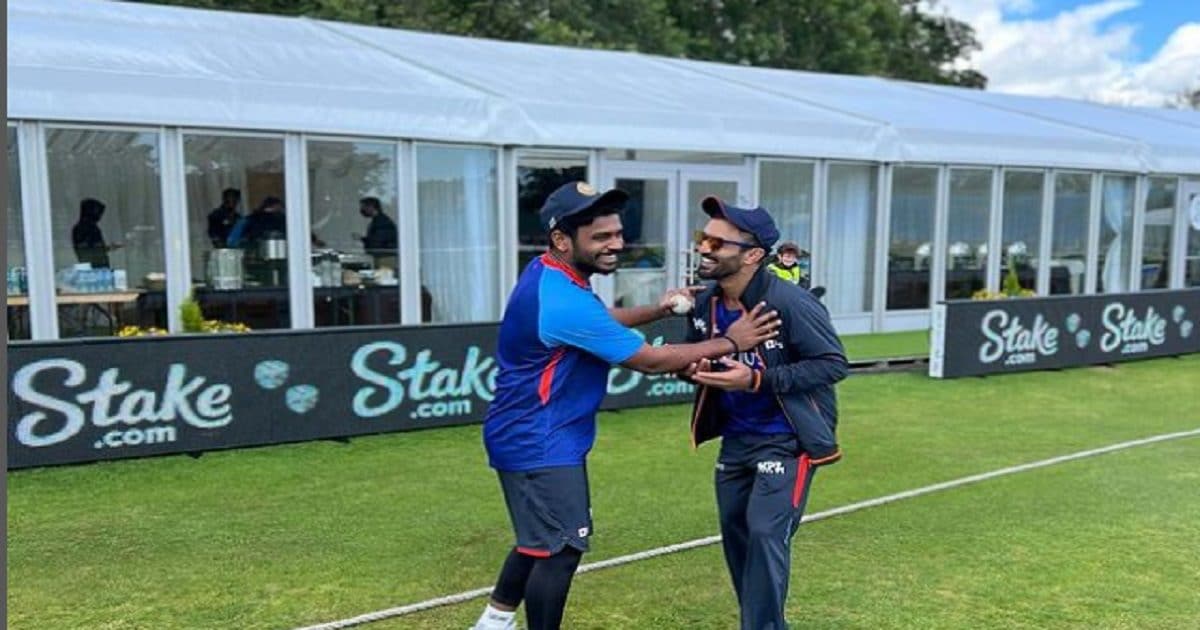 The first match of the series will be played in Thiruvananthapuram.

New Delhi. After winning the T20 series against Australia, Team India’s next test is from South Africa. The 3 T20 series between the two countries will start in Thiruvananthapuram, Kerala from Wednesday. When the Indian team reached Thiruvananthapuram for this match, a different view was seen. Instead of the noise of Rohit-Virat, the fans were seen shouting slogans in the name of a batsman who did not play in this series. This batsman is none other than Sanju Samson, who plays for Kerala in domestic cricket and people love him a lot.

As the Indian team reached Thiruvananthapuram on Monday, the fans gathered at the airport looked desperate to catch a glimpse of their favorite players. But, his name was Sanju’s name on his tongue. Ravichandran Ashwin, Yuzvendra Chahal also shared a picture of fans’ crazy about Sanju on their Instagram story. Let us tell you that the fans are angry about Sanju not being given a chance in the Indian team selected for the T20 World Cup. Fans had expressed their anger about this on social media as well.

Sanju gets to play 3 T20s after IPL
Sanju has been a part of the Indian team since IPL-2022. But, he got to play only 3 matches. He also played an innings of 77 runs on the tour of Ireland. He was selected in the squad for the five T20 series against South Africa in June. But, he did not get a chance to play a single match.

Not selected in T20 World Cup squad
After not being selected in the T20 World Cup team, Sanju had told how challenging it is to make a place in the playing XI of the Indian team. Because for each slot, there is a lot of effort between many players. He had said that there is a tough competition even among the players who are currently playing. Samson made his debut for India in 2015. Since then he has got to play only 16 T20s and 7 ODIs. Regarding this, he said that I am happy with the way I am performing. I want to be better everyday.

Hit the ground against Australia, but the road to T20 World Cup is not easy; Know why?

After Kuldeep Yadav’s hat-trick, Prithvi Shaw rained fours and sixes, India won the series under the captaincy of Sanju Samson

Ind vs Ban Live: First ODI between India and Bangladesh, toss in a while