Will Shaheen Afridi be away from cricket after T20 World Cup? Why did Ravi Shastri say this? 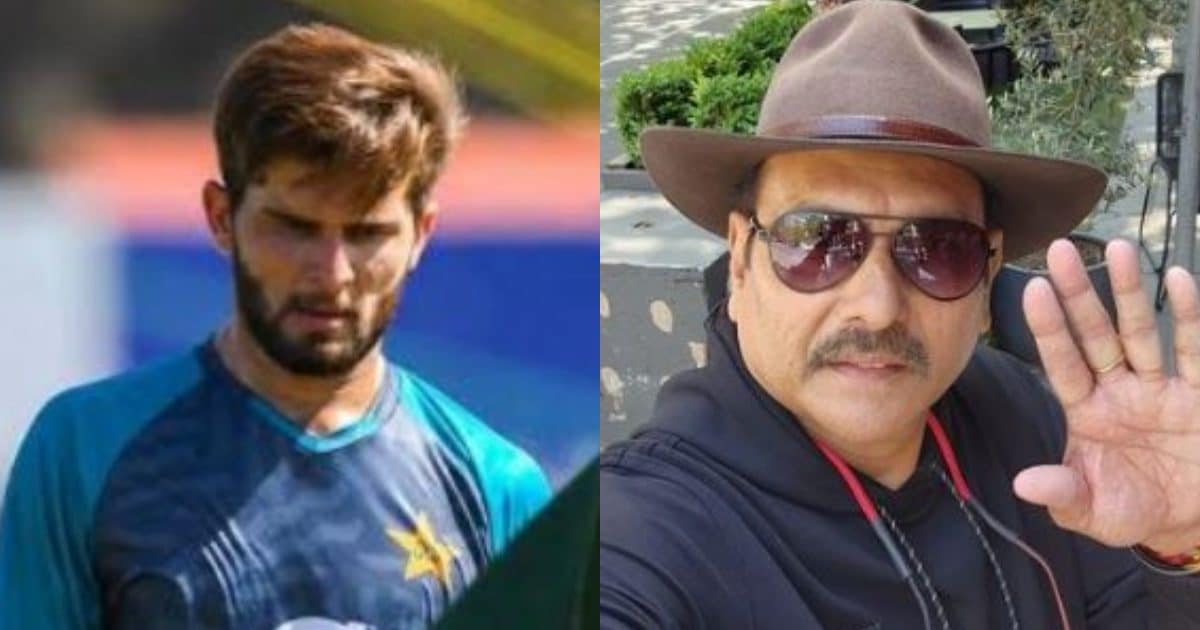 Shaheen Afridi missed the Asia Cup due to injury

Afridi arrives in Australia after recovering from knee injury

New Delhi. Shaheen Afridi, the young fast bowler of the Pakistan cricket team, did not play much competitive cricket before participating in the T20 World Cup. Former head coach of the Indian team Ravi Shastri feels that this Pakistan pacer is not fully fit at the present time and has made haste to make a comeback. Pakistan had high hopes from Shaheen Afridi but in the current World Cup, he has not done anything special so far.

Ravi Shastri, currently playing the role of commentator, believes that Shaheen will take a break from international cricket after the T20 World Cup. Shastri has told this to broadcaster Star Sports. Shastri said, ‘I think he is in pain. I mean physically. I think he doesn’t fit perfectly. His return has been made soon. Expectations from him are a bit high.

VIDEO: How serious is Dinesh Karthik’s injury… Will Rishabh Pant get a chance against Bangladesh? learn everything

Pakistan won the third match after losing two consecutive matches. India beat Pakistan by 4 wickets in the first match while Zimbabwe beat them by one run in the last ball in the second match. Pakistan’s team has been successful in registering a win against the Netherlands. Ravi Shastri said, ‘This is the World Cup. So there is pressure on them. He wants to play. The team management and selectors want to feed him. But he will slowly come to his own rhythm. I think he is going to take a big break after the tournament is over.

Shaheen Afridi ruled out of Asia Cup due to injury

Shaheen Afridi did not play in the Asia Cup 2022 due to a knee injury. He spent more than a month in England to recover from this injury. After recovering from injury, Shaheen went straight to Australia to play the World Cup.

Share
Facebook
Twitter
WhatsApp
Linkedin
Email
Telegram
Previous articleT20 World Cup: ‘David Miller still in form, his miss hits go towards boundaries’
Next articleMorbi Bridge Incident: On the allegations of the opposition, BJP said – this is not the time for politics

Fifa World cup: This Brazilian model is flouting the rules of Qatar, has heated up the atmosphere with her hot style