Will the silence of Babar Azam’s bat bring a storm in the semi-finals? Pakistan’s mentor expressed hope 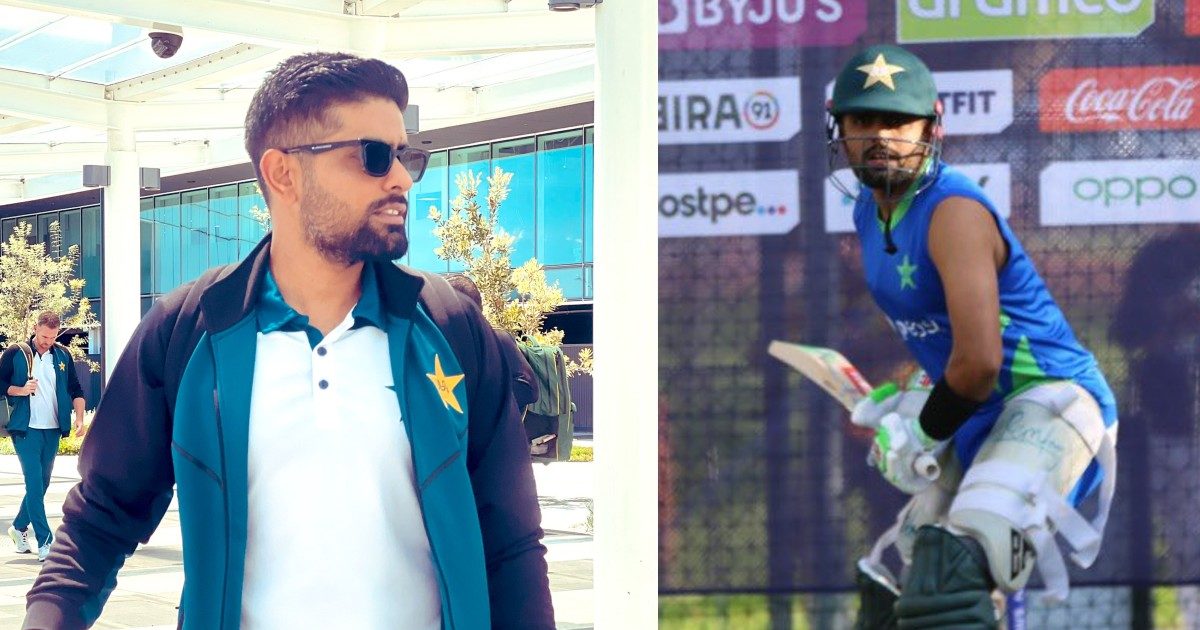 Captain Babar Azam could not even open his account in the first match of the World Cup against India.

Hayden said that Babar will return with the bat in the knockout ie semi-finals and will play a stormy innings.

New Delhi. Pakistan’s cricket team has reached the semi-finals of the ongoing T20 World Cup in Australia. But the performance of Pakistan captain Babar Azam in this World Cup has been very disappointing. In the matches played so far, he is not crossing the double-figure mark in only one match. Not only this, the performance of his partner Mohammad Rizwan has also been mediocre. In the first match of the World Cup against India, captain Babar Azam could not even open his account and Mohammad Rizwan scored four runs.

However, Matthew Hayden, the mentor of the Pakistan cricket team, supported the captain Babar Azam and expressed hope that he will return with the bat in the knockout i.e. semi-finals and play a stormy innings. Let us inform that since the last T20 World Cup, Babar, who is ranked fourth in the list of highest run-scorers in this format, has completely failed with the bat in the current tournament. His innings of 25 runs in 33 balls against Bangladesh in this T20 World Cup has been his best innings in the last five matches.

Hayden expects special innings from Babar
Pakistan cricket team’s mentor (guiding) Matthew Hayden has backed T20 captain Babar Azam, who is running in a bad mood, and expressed hope that he will do “something special” in the knockout stage of the ongoing World Cup. His innings of 25 runs in 33 balls against Bangladesh in this T20 World Cup has been his best innings in the last five matches.

“If you haven’t seen a great game yet, don’t be surprised because the best players can’t be kept silent for long,” Hayden told a news conference on the eve of Wednesday’s semi-final match against New Zealand. ” He said, “There is no doubt that Babur is passing through a bad phase. You can’t consistently score hundreds, half-centuries and a strike rate of more than 140.”

World will get to see Babar’s special innings: Hayden
This former Australian opener said, “Everyone has to face difficult times. And we know that the weather is quite calm before the storm. I would like to tell the world that you are going to see a special innings from Babar.” The team was on the verge of being knocked out of the World Cup after losing to India and Zimbabwe, but the Netherlands’ surprise win over South Africa saw Pakistan in the semi-finals. succeeded in arriving.

Hayden said, “It has been a very ups and downs. In the last World Cup, we were undefeated till the semi-finals. Australia had defeated us in the semi-finals. I am sure that with our best game we will prove to be a big threat to the rival team. All our four fast bowlers are top class.

The 51-year-old former veteran said, “I also played against Tim Southee, which shows that there is no dearth of experience in the team. Lockie Ferguson has great pace, he has a lot of experience in T20 cricket. No doubt they will be dangerous for our team.

Scooter with great mileage launched in the country, know what is its price?