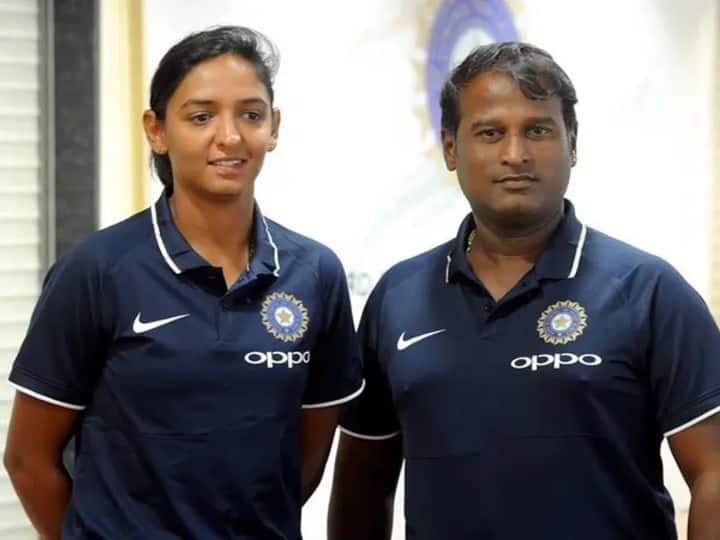 Indian Women Team Coach Ramesh Powar Commonwealth Games: Badminton star PV. Sindhu and Olympic champion in javelin throw Neeraj Chopra are on the mind of India’s head coach Ramesh Powar. Also, the women’s team is all set to participate in the 2022 Commonwealth Games. As cricket returned to the Commonwealth Games for the first time in 24 years, the excitement was evident in the way Powar and captain Harmanpreet Kaur spoke at the virtual press conference before departure.

Powar said that to be honest, if given a chance, I would do PV. Would love to read the minds of Sindhu and Neeraj Chopra. I am looking forward to his preparation and the way he is handling the expectations of billions of people is commendable. We as a group would like to exchange some notes with these two top class athletes. The prospect of playing in the Commonwealth Games will be a new experience for Harmanpreet & Co, starting with the entire Indian contingent walking into the opening ceremony, interacting with athletes from other disciplines and, if possible, attending the closing ceremony.

He said that as we speak, I really feel like I am walking down that road. This time we are going to be a part of multi-sport event, it is not just about cricket but there will be other sports too. We want to celebrate every medal we win, we are all very excited. We are all looking forward and we cannot wait to be a part of this great event.

India will enter the Commonwealth Games on the basis of a 2-1 win in the series against Sri Lanka. In Edgbaston, hosting the women’s T20 event, India is in Group A along with Australia, Pakistan and Barbados. India will begin their Group A campaign against Australia on 29 July and need to score at least two wins to reach the knockouts for medal matches.

Ajinkya Rahane: Happiness will come to Ajinkya Rahane’s house on Diwali, will become father for the second time

Share
Facebook
Twitter
WhatsApp
Linkedin
Email
Telegram
Previous articleThe Kashmir Files did not get the National Award, Vivek Agnihotri said – Hindi cinema has yet to…
Next articlePassengers can get rebate in rail fare, Ministry of Railways is considering