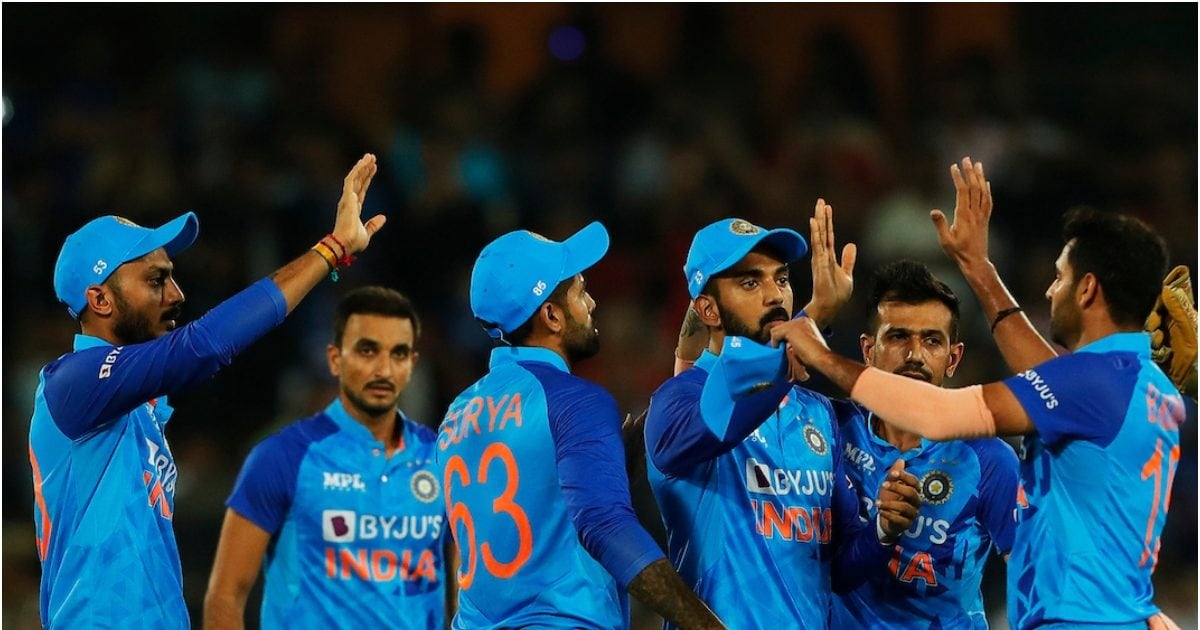 Hyderabad. When Ravindra Jadeja was left out of selection for next month’s T20 World Cup in Australia due to a right knee surgery, many felt that India would miss out on the lack of an all-rounder and a brilliant fielder in the bowling department. . But in India’s 2-1 T20 series win against Australia in Hyderabad on Sunday, Axar Patel did not allow Jadeja to be missed.

In the recently-concluded three-match series, Patel took eight wickets at an economy of 6.3 with varying pace and correct line and length, earning him the ‘Player of the Series’ award. On Sunday, Australia head coach Andrew McDonald was taken aback by how India had resorted to Axar Patel to deal with Jadeja’s absence, who had troubled the visitors with his spin throughout the series.

McDonald said, ‘It was a great series especially for Axar Patel. With Jadeja missing, everyone thought it might turn out to be a bit of a weakness for India. But the letter did not let him feel his absence. We struggled with the spin in the middle and the wicket got a bit fast in the night. This cannot be denied and it became difficult to defend Kul.

In the series, both Australia and India struggled with the ball in the death overs. On Sunday, Suryakumar Yadav and Virat Kohli played brilliant innings, followed by Hardik Pandya’s chase of 187 runs. The visiting team’s bowling attack Barring the injured Mitchell Starc, no one bowled better in the last five overs. Josh Hazlewood and Pat Cummins have not been bowling much in the death overs during the series, which makes McDonald feel that Starc’s return could improve their death overs position.

Share
Facebook
Twitter
WhatsApp
Linkedin
Email
Telegram
Previous articleIf you use aloe vera, then know how to remove the yellow and bitter aloin present in it.
Next articleHow educated is Aamir Khan’s ex-wife Kiran Rao? You would not know these things related to them