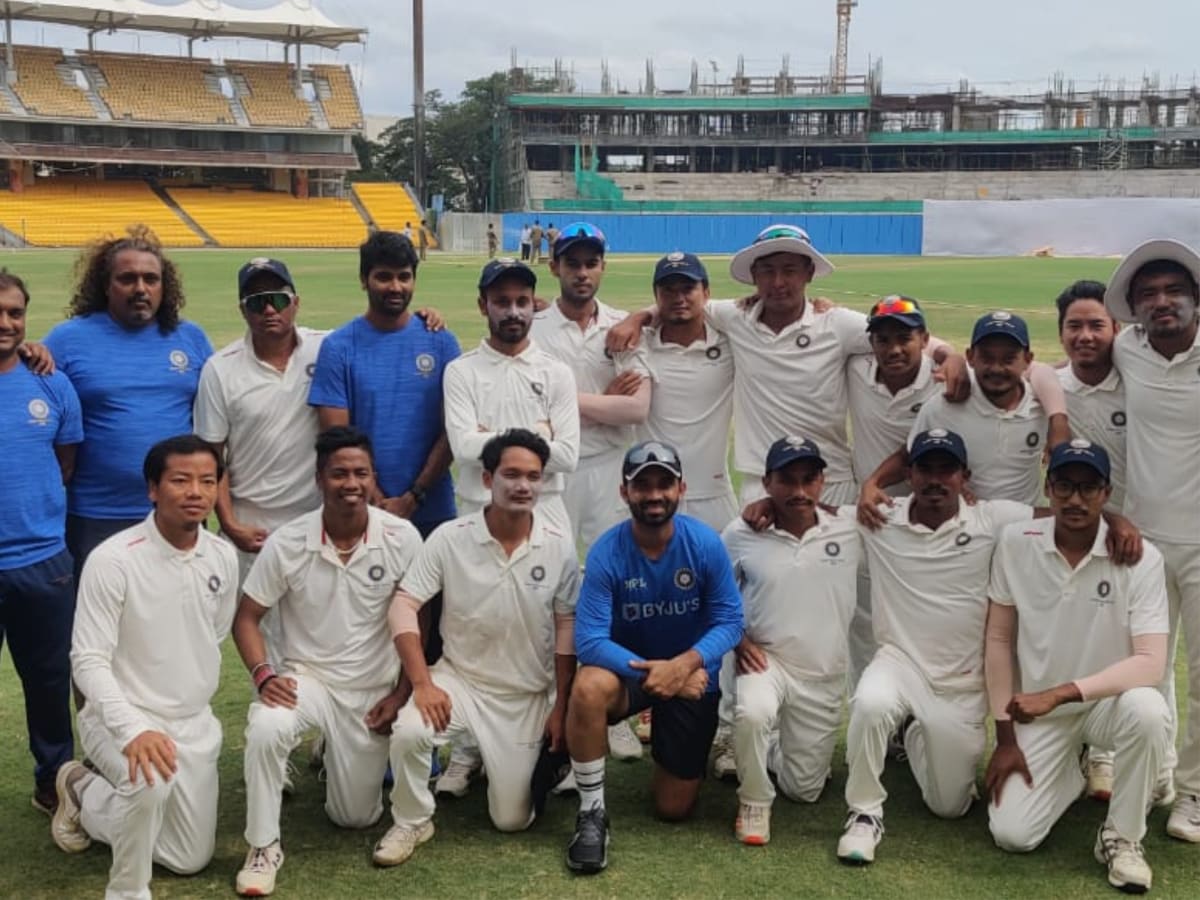 New Delhi. West Zone secured a ticket to the semi-finals on the basis of a huge first innings lead against North East Zone in the quarter-finals of the Duleep Trophy. West Jan had taken 286 for five in 64.3 overs in the second innings of the day’s play on Saturday (Duleep Trophy) to take his total lead to 623 runs. At the same time, in another match, North Zone also made it to the last-4 by winning the first innings lead against East Zone. Yashasvi Jaiswal played an excellent innings of 228 runs for West Zone. At the same time, Yash Dhul scored 193 runs for North Jane.

On the last day of the match on Sunday, West Zone played one wicket for 12 runs in the second innings as the team lost the wickets of Rahul Tripathi (24) and Hardik Tamore (24) early on. Both of these were run by Dipu Sangma (3 wickets). Chirag Jani (4) also could not stay on the crease for long and got bowled by Vishwarojit Singh (2 wickets). At this time the team’s score was 65 runs for four wickets.

Mulani and Seth made a big partnership
After this, Seth and Mulani did a good batting practice by sharing 179 runs for the fifth wicket. Mulani hit 12 fours in his 115-ball innings, while Seth, who scored his second century in the first class, hit 10 fours and a six in his 101-ball unbeaten innings. Mulani was dismissed after scoring 97 runs. At the same time, Atit Seth remained unbeaten on 102 runs. Earlier, West Zone had declared the innings at 590 for two on the back of 113 runs by Prithvi Shaw, apart from double-centuries from Man of the Match Yashasvi Jaiswal (228) and captain Ajinkya Rahane (207 not out). In reply, North East Zone was reduced to 235 runs in the first innings. West Zone then decided to bat in the second innings instead of following on.

Shorey and Rana’s half-centuries
On the other hand, North Zone entered the semi-final against East Zone with the help of a big century from young opener Yash Dhul. Dhul scored 193 runs while Dhruv Shorey (81), Himanshu Rana (81) and captain Mandeep Singh (63) scored half-centuries to put up a mammoth 545 runs at Northen despite losing the last 7 wickets in 66 runs and the first innings. He took a crucial lead of 148 runs. East Zone scored 397 runs in their first innings.

North Zone extended their innings by 333 runs for four wickets in the morning of the final day. After the break of 131 runs partnership between Himanshu and Mandeep, it did not take long for the North Zone innings to be reduced. For East Zone, left-arm spinner Shahbaz Ahmed took five wickets for 86 runs. When the match was decided to end on a draw, East Zone scored 102 for 3 in their second innings. The highlight of his innings was the half-century of Abhishek Poral (50 not out).