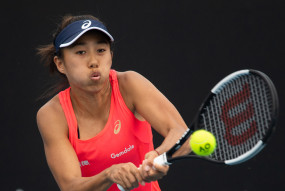 Digital Desk, Tokyo. China’s Zhang Shuai, ranked 28, sealed her place in the semi-finals with a 7-5, 6-2 win over Petra Martic at the Pan Pacific Open on Friday.

Playing in Tokyo for the first time in more than a decade, Zhang has now reached her third semi-final of the season. Earlier in the year she won her third career singles title in Lyon and made the final in Birmingham.

Zhang came in the quarterfinals looking for her first win over Martic. The Croatian player had defeated him twice on hard courts. In their last match in 2019 Miami, Martic lost just three games.

Zhang won seven games in a row, 5-5 in the first set. Martic came on board with a score of 5-1 in the second set. Zhang finished the match on his fifth match point in 1 hour and 22 minutes.

She is the first Chinese player to reach the Tokyo semi-finals since Li Na in 2009.

After the match, Zhang said, “Last year I had an injury because in 2020 I was in China twice for a long time. When I started playing I felt shoulder pain, arm pain, pain everywhere, so in the first half of last year I didn’t win any match. Last year’s 15 wins were in the second half of the year.

In her third final of the season, Zhang will face Lyudmila Samsonova.