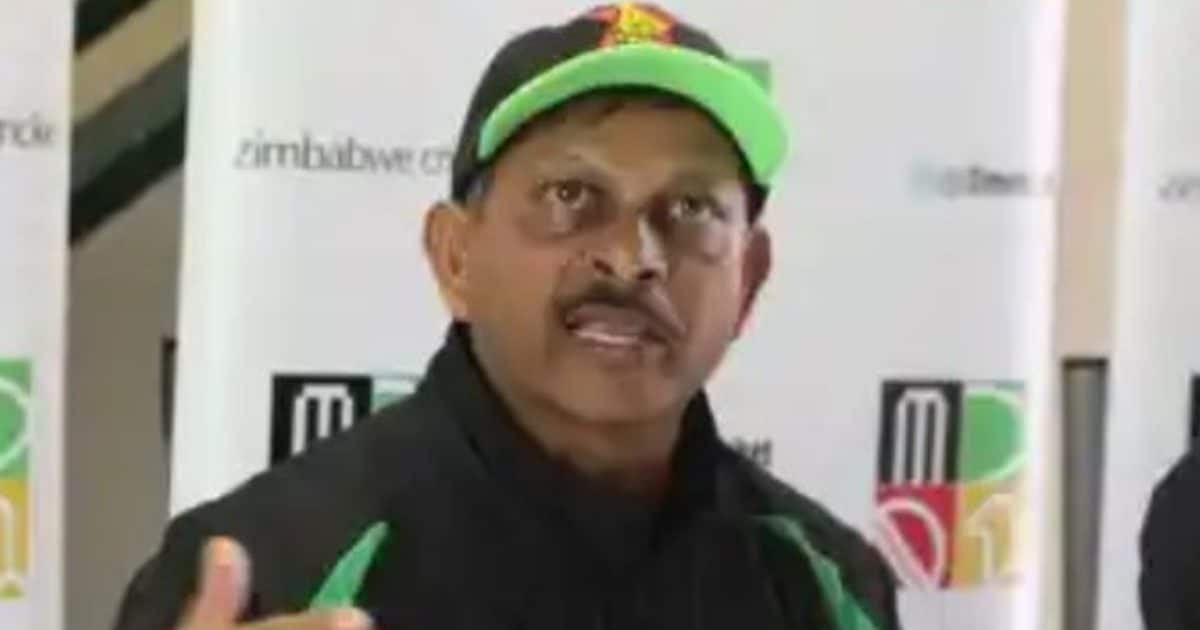 Zimbabwe team has reached Super 12 for the first time

Zimbabwe is in Group B of T20 World Cup Super 12

Zimbabwe beat two teams in round one

New Delhi. The Zimbabwe Cricket Team has entered the Super 12 of the T20 World Cup released in Australia in a bang style. Under the captaincy of Craig Irvine, Zimbabwe defeated Scotland in the last match of Round One to win a Super 12 ticket for the first time in the history of the T20 World Cup. With this historic victory, there is an atmosphere of celebration in Zimbabwe with the players. The current technical director of Zimbabwe team Lalchand Rajput said in a special conversation with News18 Hindi that this victory will act as a tonic for his team.

Zimbabwe defeated Ireland by 31 runs in the first match of the T20 World Cup Round One. After this it was defeated by West Indies by 31 runs. But in the third and last league match, Zimbabwe defeated Scotland by 5 wickets to make it to the next round of the T20 World Cup. Lalchand Rajput is in awe of this excellent performance by Zimbabwe. He said, ‘Our preparations for this had started from 3 years ago. Now we are getting the fruits of our hard work. It is a big deal for us to be in Super 12. There is an atmosphere of happiness in Zimbabwe at this time. We are all very happy with this historic victory. During this, Rajput answered every question related to the T20 World Cup. All this happened on Facebook and YouTube Live.

Also read: India Probable Playing XI vs Pakistan: Rishabh Pant or Dinesh Karthik? Who will get a chance in the playing XI against Pakistan?

Zimbabwe’s team has reached Group B of Super 12 where teams from India, Pakistan, South Africa, Bangladesh and Ireland are already present. Regarding the matches against big teams, former coach of the Indian cricket team Lalchand Rajput said, ‘Every match will be important for us now. We have got a chance to play against big teams. If we perform well, our team’s ranking will also increase. I think our team will definitely make a difference in this group.

Can’t take any team lightly in T20
Zimbabwe cricket team’s first match in Super 12 is against South Africa. Both the teams will face each other on Monday (October 24). This match will be played from 1:30 pm Indian time. At the very beginning of the current tournament, two-time champions Windies have had to suffer a setback. In such a situation, no team can be taken lightly in T20 cricket. Lalchand Rajput, who made Team India the T20 World Champion in his coaching, also agrees with this.

‘Our bowling is excellent’
According to Lalchand Rajput, ‘T20 is such a format where the team can win anytime by performing well on any day. We have fire of power in our team. Captain Craig Irwin and Sikandar Raza are performing very well. Our bowling is very good. Bowler Blessing Mujarbani is bowling well. Chatara, who is our experienced bowler, is also in good form. He took two wickets for just 14 runs in 4 overs against Scotland. Our bowling is very good but we depend only on Raza to bat. But I feel that as our players go on playing matches in the tournament, they will come back in form. There are also expectations from Regis Chakabwa and Shawn Williams.

Sikandar Raza is in great rhythm
Zimbabwe defeated Scotland in the last match of the T20 World Cup Round One with 9 balls to spare. Batting first, Scotland scored 132 runs for 6 wickets in the allotted 20 overs. In reply, Zimbabwe captured the match by scoring 133 for 5 in 18.3 overs. In this match, captain Craig Irwin scored 58 for Zimbabwe while Sikandar Raza scored 40 runs.