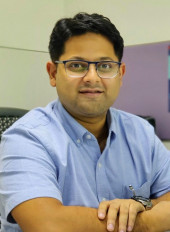 Digital Desk, New Delhi. Manesh Mahatme, India head of WhatsApp Payments in India, has left the Meta-owned platform and is reportedly moving to Amazon, where he previously worked. Mahatme worked on WhatsApp Payments for about 18 months and according to Meta, he has been instrumental in increasing access to payments on WhatsApp in India. Meta said that, we wish them every success in their future endeavours.

Payments on WhatsApp are a priority for Meta and we will continue to accelerate our massive efforts to connect the next 500 million Indians with digital payments. Mahatme had joined as the director and head of WhatsApp Pay in April last year. Prior to joining WhatsApp, he was a director and board member at Amazon Pay India for nearly seven years.

WhatsApp India has made significant investments in digital payments on its platform across the country to accelerate its growth in a market where the adoption of Unified Payments Interface (UPI) based payments has increased. Mahatme recently told IANS that the Meta-owned company has introduced several India-specific features in payments on WhatsApp over the past few weeks that have seen exciting results.

We believe that WhatsApp Pay can be an important partner for NPCI and RBI as we all aim to take UPI and Financial Inclusion to the people most in need, said the top executive of the company. According to NPCI data, the Unified Payments Interface (UPI) did a record 6.57 billion (657 crore) transactions worth Rs 10.72 lakh crore in August.