Ioniq 5 interior revealed before launch, this electric car will come this year 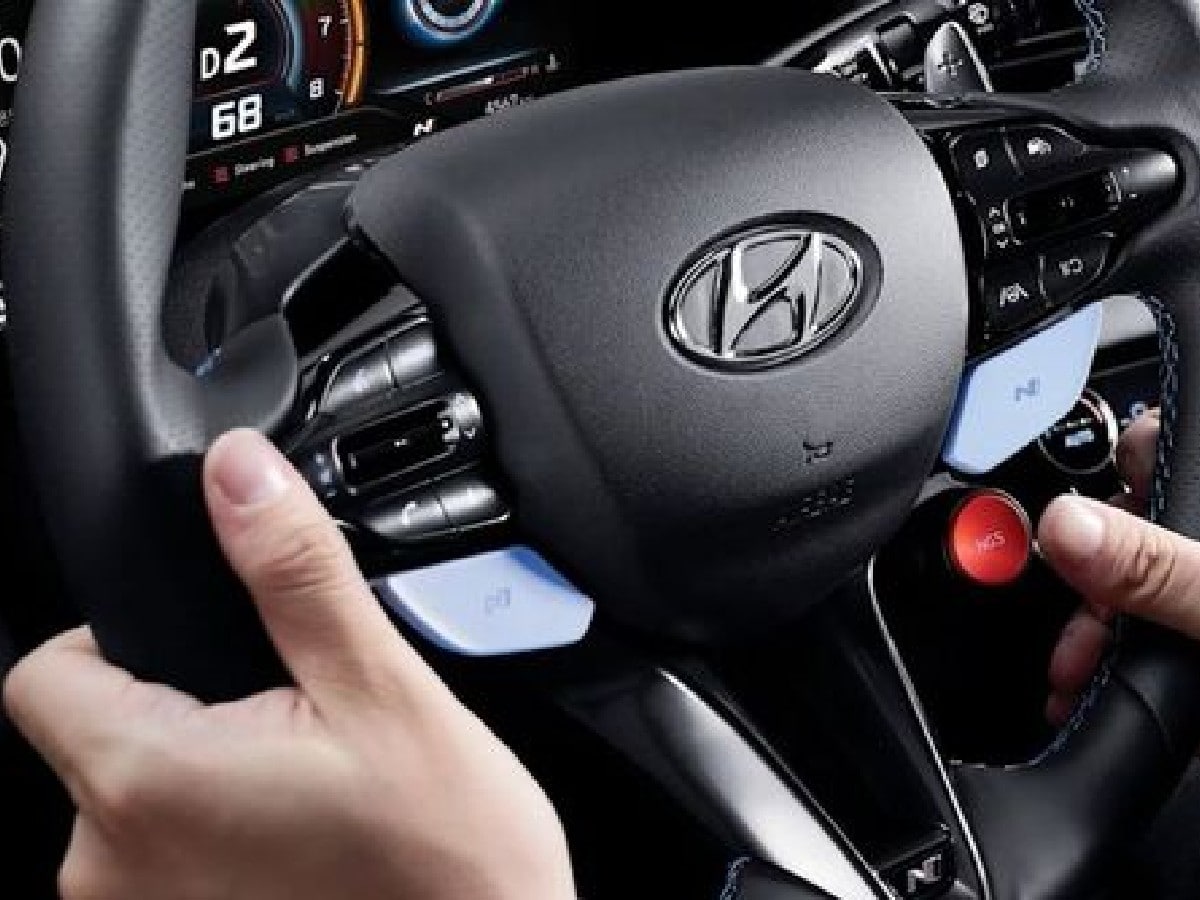 Hyundai will launch the Ioniq 5 electric crossover in India later this year.

The car comes in both RWD or AWD configuration with a 72.6kWh battery pack.

The Kona will be the second electric car from the South Korean brand in India after the EV.

New Delhi. Hyundai is all set to launch its first full electric crossover Ioniq 5 this year. The Korean carmaker recently announced the launch timeline of the Ioniq 5N during an event earlier this week. The Ioniq 5 N will become the first full-electric model from the Korean auto giant to hit the markets. Before the official launch of the Ioniq 5N, the details of its interior have been revealed.

According to reports, the Ioniq 5N electric crossover will feature an all-black cabin with sporty interiors. It also gets sporty bucket seats at the front to enhance its character. The spy shots have also given a sneak peek at the steering wheel which will come with paddle shifters and other functions. The digital instrument cluster is also visible behind the steering wheel.

Will be equipped with advanced features
The standard variant of the Ioniq 5 gets a two-spoke flat-bottom steering wheel. It is not clear whether the same steering wheel will be used in the performance variant. Apart from these features, the interior is also expected to get a large digital console with a screen for the instrument console and infotainment system, an adjustable seat for the second row and a sliding center console.

Will get futuristic exterior
The Hyundai Ioniq 5 is based on the Korean carmaker’s electric Global Modular Platform (E-GMP). It gets a futuristic exterior profile, highlights of which include LED headlamps with square DRLs, 20-inch aerodynamics-designed alloy wheels, flush-fitting door handles, a set of pixelated LED taillights, spoiler and a shark.

Also Read – Citroen C3 Launched in India, will give competition to Tata Punch and Kia Sonet, starting from ₹ 5.70 lakh only

This will be Hyundai’s second electric car
Hyundai will launch the Ioniq 5 electric crossover in India later this year. The model sold in the global markets comes in both RWD or AWD configuration with 58kWh and 72.6kWh battery packs. Which pack will be introduced in the Indian market is yet to be confirmed. The Ioniq 5 will be the second electric car from the South Korean brand in India after the Kona EV.