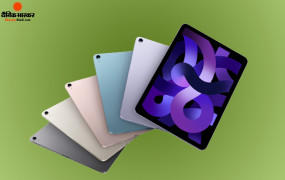 Digital Desk, New Delhi. Chinese smartphone maker Oppo has launched its first Android tablet in India. The company has named it Oppo Pad Air. In which Qualcomm Snapdragon chipset has been given. This tablet will be available in Gray color option and its sale will start from July 23 on the company’s official website, offline retail partner and e-commerce site Flipkart.

Oppo Pad Air Specifications
Oppo Pad Air has a 10.36-inch IPS LCD screen, which gives a resolution of 2000×1200 pixels. It has an automatic brightness of up to 2048 levels. Stylus is supported in this tablet. Apart from the Oppo Life Smart Stylus Pen, it also supports third party stylus pens.

This tablet has a quad-speaker setup as well as support for Dolby Atmos. The tablet runs on ColorOS for Pad 12.1 out-of-the-box. In this, 128GB UFS 2.2 storage is available in it. The internal storage can be expanded with the help of micro SD card.

This tablet is powered by an octa-core Qualcomm Snapdragon 680 processor paired with 4GB LPDDR4 RAM. Its RAM can be expanded up to 3GB virtually. For power, a 7100mAh battery has been given in this tab.