Toyota is going to bring special EV, BZ4X will be equipped with solar panels! Know every detail of the car 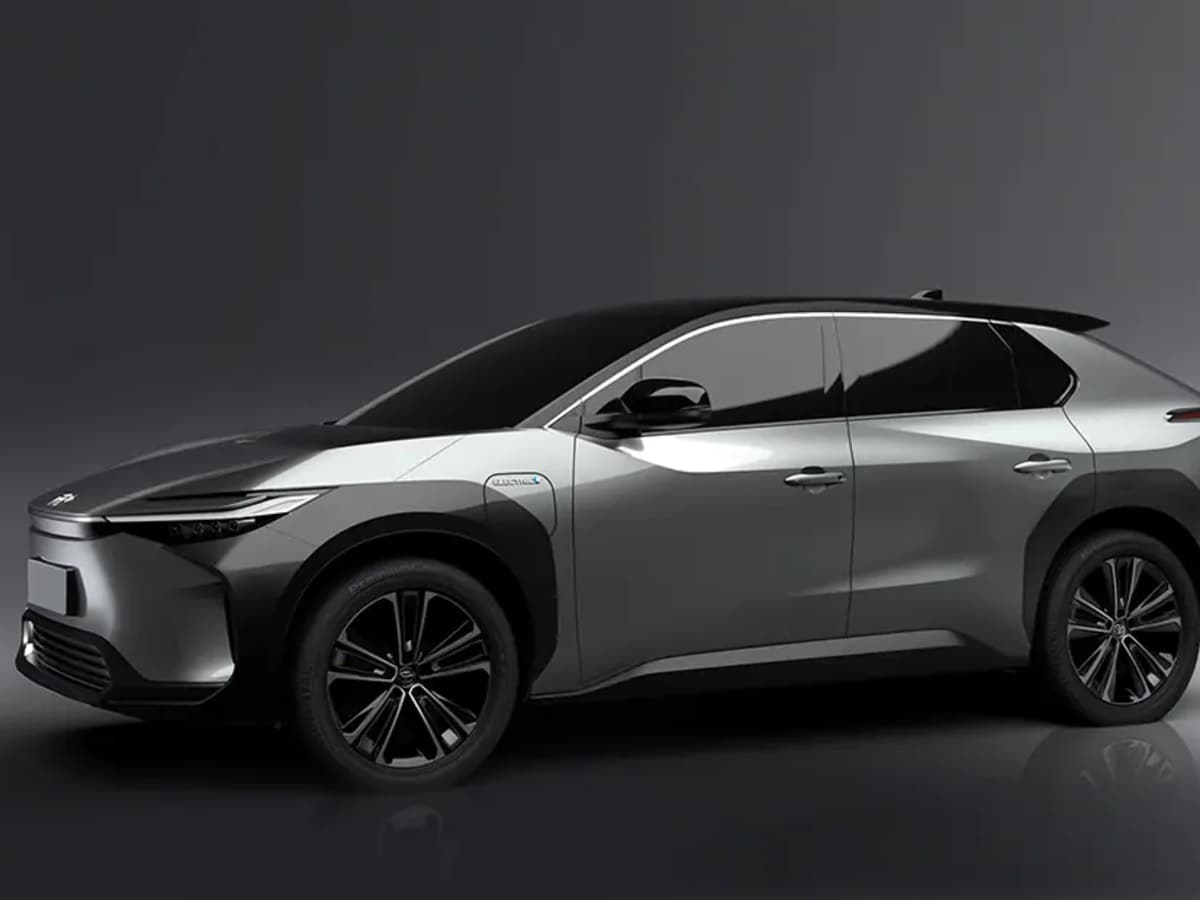 It is being speculated about Toyota’s EV that it will be launched this year.

Toyota’s research team was working on this vehicle for a long time.

Toyota is working on the BZ4X as well as the hatchback EV model.

New Delhi. Now Toyota is also going to set its foot in the race of electric cars. After the increasing demand for electric cars in India, it has now attracted the attention of car manufacturing companies from all over the world. After Mahindra and Tata, now Toyota has also come forward to establish its foothold in this market. After the talk of Mahindra XUV 400 and Tata Tiago Electric knocking in the market soon, it is now reported that Toyota is also preparing to launch electric compact SUV BZ4X. This will be Toyota’s first mid-size electric SUV.

Although Toyota has not issued any official statement in this regard, but it is believed that this vehicle will be launched in the Indian market this year. Features are also being given in the vehicles being launched in the electric vehicle market, as well as the biggest challenge which was in front of this segment till now has been overcome by the vehicle manufacturers. Range was a big problem in front of electric car makers, which will no longer be in the newly launched cars. Toyota’s BZ4X will also come in the market with a large battery range. At the same time, there is a discussion of this vehicle regarding solar panel charging, although this is also not officially confirmed, but looking at the future, Toyota has been working on it for a long time. According to experts, the price of this vehicle in the Indian market is expected to be between Rs 35 lakh to 40 lakh, but no official statement has come about it yet.

In terms of features, Toyota BZ4X will be no less than anyone. (file photo)

80 percent charge in 30 minutes
According to the information, the BZ4X will be equipped with fast charging feature and it will take only 30 minutes to charge it to 80 percent. The company is going to install a big battery pack of 71.4 kW in it, due to which the vehicle will cover about 450 km on a full charge. range of . The electric motor of the BZ4X will generate power of 240 horsepower. At the same time, torque of 265 Nm will also be generated.

Also read: World EV day: Why electric vehicles are the need of the hour

Few seconds and 100 kmph
Power boost mode will also be given in this car which will generate 218 horsepower as well as 336 Nm torque. BZ4X 0-100 kms. The speed per hour will be captured in just 7.7 seconds. Along with speed, Toyota is also known to do special work on the road presence and grip of the vehicle and the same will be seen in this car too.

Also read: 168% more electrical vehicles sold in India, China may be the world leader by 2023

solar charging
According to sources, Toyota is very serious about the BZ4X and considering the time to come, it can also be equipped with solar panels. It is being told that Toyota is also continuously testing solar panels with this car. So that people can also get rid of the problem of charging the car. Talking about its features, Toyota has not given any information at the moment, but it is believed that all such features will be present in this car, which are being seen in the vehicles of other brands these days, its companions believe that It is being said that Toyota is also going to experiment with futuristic features with this car. For example, fully voice command based OS and four wheel slide can be in its features.

Share
Facebook
Twitter
WhatsApp
Linkedin
Email
Telegram
Previous articleDNP Pitru Paksha 2022: Shradh will not happen on this day in Pitru Paksha, this coincidence is made after 12 years
Next articleNora Fateha said on criticism – I have faced criticism for new style and dance, I do not care at all

Mivi Watch Model E smartwatch made a splash, powerful features will be available in 1299