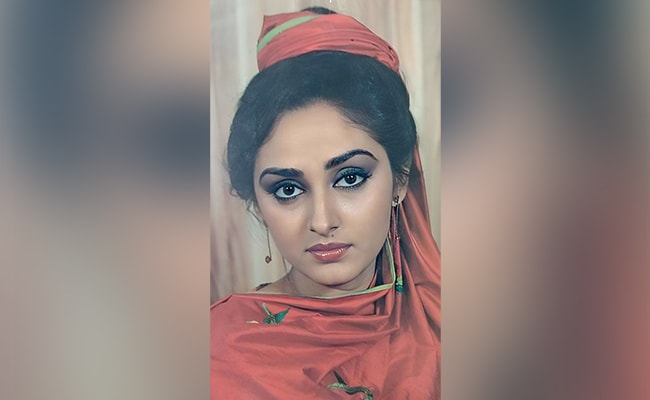 Jaya Prada was counted among the beautiful and glamorous actresses in her time. He paired with many big stars in his time and gave innumerable hit films. Due to her beauty and style, she has millions of fans. Although later she left the industry and appeared in politics, but even today her fan following has not reduced at all. She still looks very beautiful. Recently, Jaya Prada’s latest pictures went viral on social media, in which she was looking very beautiful.

Please tell that Jayaprada was born as Lalita Rani in a middle-class family of Rajahmundry located in the state of Andhra Pradesh, India. Her father Krishna used to watch a Telugu film finance. Her mother Neelavani enrolled her in dance and music classes at an early age. When she was fourteen, she performed a dance at her school’s annual function. A film director was also in the audience and offered Jayaprada a three-minute dance in the Telugu film ‘Bhoomikosam’. Jayaprada hesitated, but her family encouraged her to accept the offer. He was given only 10 rupees for his work in the film, but after that he started getting many offers. Later she also appeared in Hindi films.

Cheapest Plan: Data-calling all free for just Rs 50! Will get validity of 30 days