After Bollywood, Ratna Shah will now show acting skills in Gujarati cinema, will debut with this film 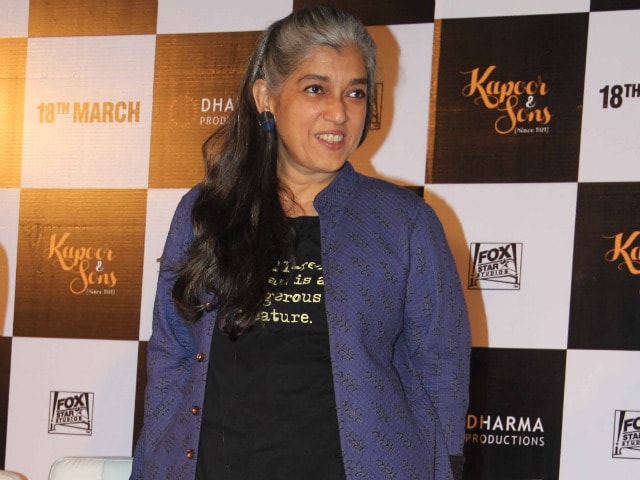 Bollywood veteran and brilliant actress Ratna Pathak Shah is going to debut in Gujarati cinema soon. She will be seen in the film ‘Kutch Express’. The filmmaker has announced this on Friday. While Viral Shah has directed the film. Ratna Shah will be seen acting in a Gujarati film for the first time in this film. Mansi Parekh, Darsheel Safari and Dharmendra Gohil will also play important roles along with Ratna Shah in the film ‘Kutch Express’.

Ratna Shah has won the hearts of millions of viewers with her acting in many Bollywood films. Regarding working in the film ‘Kutch Express’, Ratna Shah has said that she wanted to work in a Gujarati film for a long time and she liked the story of ‘Kutch Express’. The actress said in a statement, “I was keen to act in a Gujarati film for a long time, but nothing interesting came my way. The film (Kutch Express) has a good story and a good team and it was fascinating to shoot in Kutch.”

Shah has made a mark with his acting chops in serials including the television show “Sarabhai Vs Sarabhai” and films “Jaane Tu… Ya Jaane Na”, “Golmaal 3”, family dramas “Kapoor & Sons” and “Khoobsurat”. She was last seen on the big screen in Ranveer Singh’s film “Jayesbhai Jordaar”. “Kutch Express” will be released in theaters on January 6, 2023.

(This news has not been edited by NDTV team. It is published directly from syndicate feed.)

Shraddha murder case: Advocate Seema Samridhi said – “It is too early to jump to conclusions without evidence”