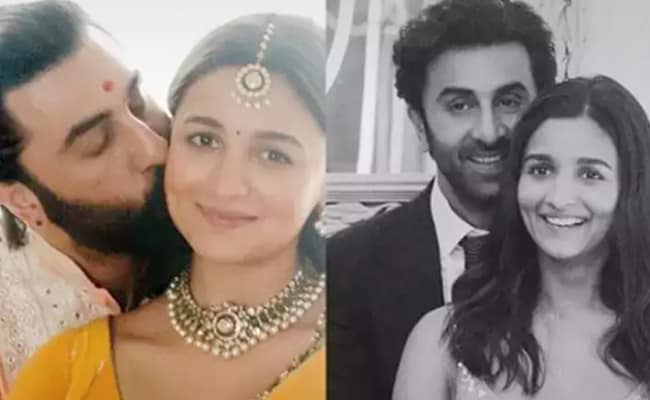 The names of Ranbir Kapoor and Alia Bhatt are included in the list of Bollywood’s One of the Most Cute and Lovable Couples. Recently both have become parents of a lovely daughter. While Bollywood celebrities to fans are not tired of congratulating Alia and Ranbir, there is a festive atmosphere in the Kapoor and Bhatt families. In the midst of all this, the little angel has reached her home with her father and mother. A video of Alia and Ranveer taking their daughter home is becoming increasingly viral on social media. Seeing this video, the fans are looking desperate to get a glimpse of the little angel.

Ranbir Kapoor and Alia Bhatt recently became the parents of a cute baby girl. Everyone is very happy to hear the news of Alia becoming a mother. Meanwhile, Alia Bhatt has been discharged from the hospital. Ranbir and Alia have reached home with their daughter. As soon as both of them came out of the hospital with their daughter, photographers gathered to get a glimpse of the child. During this, Alia and Ranbir appeared protective about their baby girl. On one hand, while the paparazzi was seen busy clicking the pictures of the girl, the glow of Alia’s face in the pictures was clearly telling her happiness. In the video that is going viral on social media, Ranbir is seen loving his daughter like a protective father. Alia looked beautiful as ever in a black dress. In the car, Neetu Kapoor also reached along with Alia Ranbir, taking her granddaughter home.

The video of Ranbir and Alia taking their daughter home was shared by the official Insta handle of Viral Bhayani. Sharing the video, Alia Ranbir reached home with the princess, wrote in the caption. Let us tell you that Alia Bhatt and Ranbir Kapoor fell in love with each other on the sets of the film Brahmastra. After dating for 3 years, the couple got married in April and after 2 months, Alia shared her pregnancy with Good News fans. Since then, Sunday Alia gave birth to a lovely daughter. After reaching the daughter’s house, now there is an atmosphere of celebration in the Kapoor family and everyone is eagerly waiting to caress this little angel.