Be it Khesari Lal or Amrapali Dubey, this is not the real name of these Bhojpuri stars, know what is the secret of name change 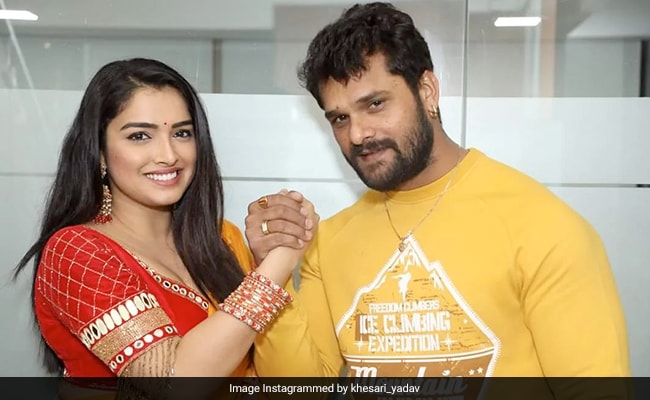 Discussions of Bhojpuri film industry are now everywhere. Today, not only in Bihar but in the whole country, the stars of Bhojpuri industry have crores of fan following. Like the life of Bollywood stars, everyone wants to know about the personal life of Bhojpuri stars. Fans are very interested to know about his love affair, family background, study and married life. We often tell many things related to Bhojpuri celebs to our readers. In this short, today we are going to tell you what are the real names of your favorite Bhojpuri industry stars.

Bhojpuri star and BJP leader and MP Ravi Kishan does not need any introduction today. He has established his dominance not only in Bhojpuri but also in Hindi film industry, but few people would know his real name, it is known that his real name is Ravindranath Shukla.

Beautiful and talented Bhojpuri actress Rani Chatterjee has created a different identity in the hearts of people with her acting. You will be surprised to know that her real name is Sabiha Sheikh. Rani Chatterjee belongs to a Muslim family, but after entering the film industry, she changed from Sahiba to Rani.

Who does not know Bhojpuri actress Monalisa, famous for her charming smile and her sharp style. She wreaks havoc on her fans with her bold style. He has made his mark in every house of the country through National Television. The real name of Monalisa is Antara Biswas.

Bhojpuri veteran actor and BJP leader Nirahua is the heartbeat of every youth of Bihar. His real name is Dinesh Lal Yadav, but he is famous by the name of Nirhua.

Bhojpuri cinema lovers like actor Chintu Pandey, who is called the action hero of Bhojpuri. His real name is Pradeep Pandey.